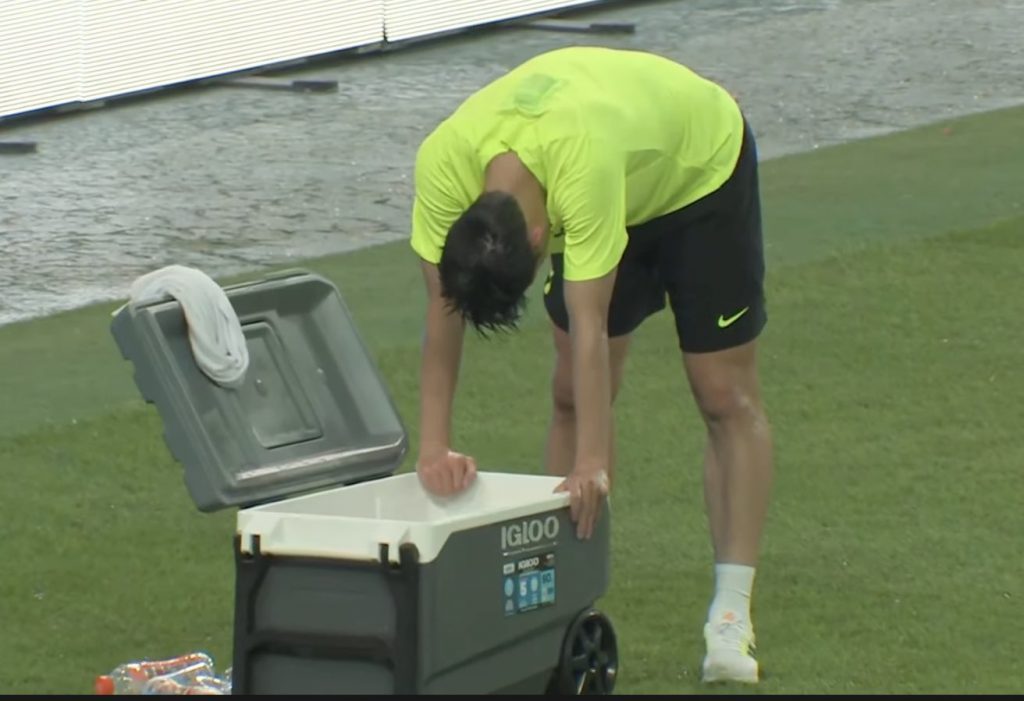 Footage has emerged of Tottenham’s pre-season training in which manager Antonio Conte, who is notorious for his military-style gut-busting regimes, puts his players through a brutal fitness test.

The squad have flown out to South Korea for their off-season preparations, and in temperatures reaching 30C with high levels of humidity, the players were put through their paces in the third session in just over 24 hours.

The feisty Italian, who thrives on being able to maximise the mentality of every one of his players, is famous for high-intensity, full-blooded training sessions in order to prepare his flock for the flurry of matches that await next season.

Footage has emerged from their latest training session in which Conte demanded his players run 42 lengths of the pitch to see who could last the distance. Watch below to see the aftermath.

England captain Harry Kane was one of the first to collapse near the side of the pitch. He was sick and was pictured with a cold towel on the back of his neck before medical staff checked on him.

Son Heung-Min, who received a raucous reception upon his homecoming to his native South Korea, also collapsed from exhaustion as seen in the clip above.

Conte’s gruelling sessions in pre-season are renowned in the footballing world and the tough taskmaster focuses specifically on fitness and shape.

“This week we will work, double sessions and two matches,” Conte said. “It will be a good opportunity for all the players, the whole group, to play and for me to use rotation and to bring these players to be fit.”

Tottenham play a K-League all-star XI on Wednesday evening at the World Cup Stadium and Seville on Saturday.