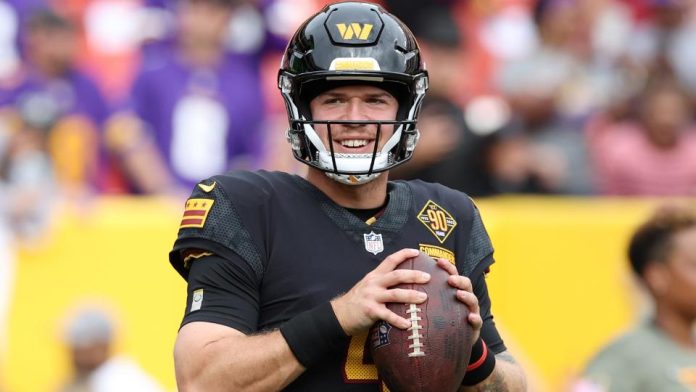 Washington Commanders quarterback Taylor Heinicke will likely remain the starting quarterback for the time being.

ESPN’s Jeremy Fowler reports that many people around the league believe that Heinicke will retain the starting quarterback job when Carson Wentz comes back. Even head coach Ron Rivera is not sure if Wentz will be the starter when he comes back from a broken finger.

Rightfully so, Heinicke has led the Commanders to a 5-5 record winning three of their last four games he has started in. He led Washington to an upset win against the Philadelphia Eagles last Monday night.

Even though the box score did not look as great. Heinicke simply did his job and executed the game plan, and that was to run and run some more. The Commanders were the leaders in time of possession by a far margin. Maybe that is how you stop the high flying Philadelphia Eagles offense, run effectively and convert on third down.

Heinicke’s numbers have not been great, but he has led them to wins and are sneakily in the playoff hunt. They are only two games out of a Wild Card spot. This is something Commanders fans could not have imagined at the beginning of the season. 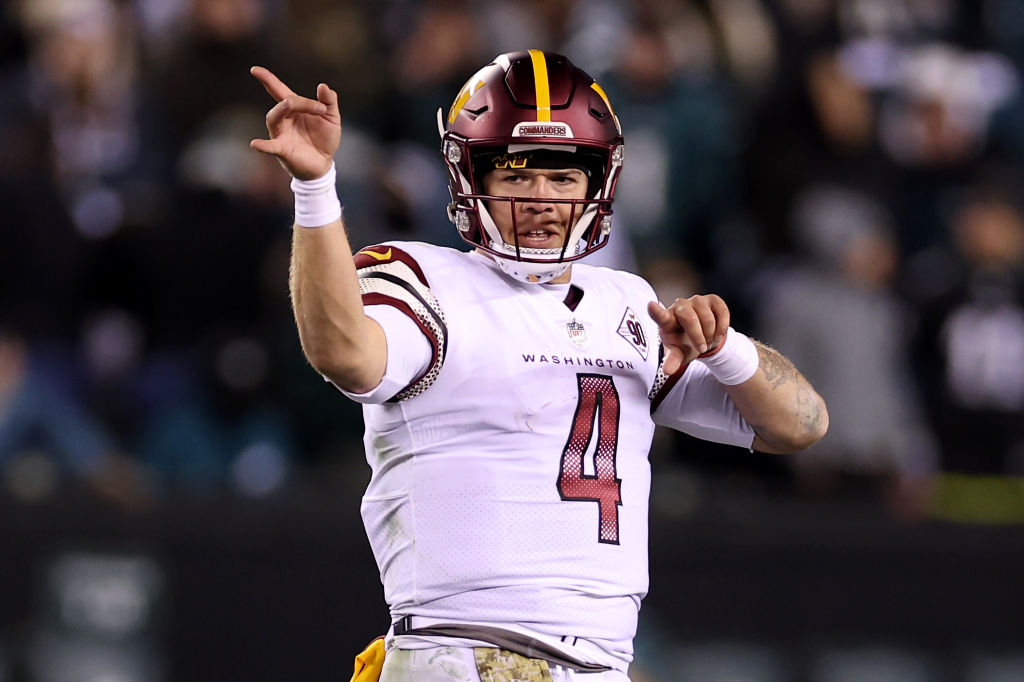 Unfortunately for the Commanders are in a unusually competitive NFC East this year. Washington’s schedule down the stretch is very favorable. They play the Houston Texans and Atlanta Falcons the next two weeks along with division rivals the New York Giants.

This schedule could be a very beneficial for Taylor Heinicke. The team will mostly rely on the running game with Brain Robinson and Antonio Gibson. If Heinicke can be compentent enough and not make many mistakes, then whose to say that he should not be the starter going forward?

The Commanders did trade for Carson Wentz so maybe they are obligated to move back to him as the starter. But at this current moment, Taylor Heinicke has deserved to be the starter for the foreseeable future.