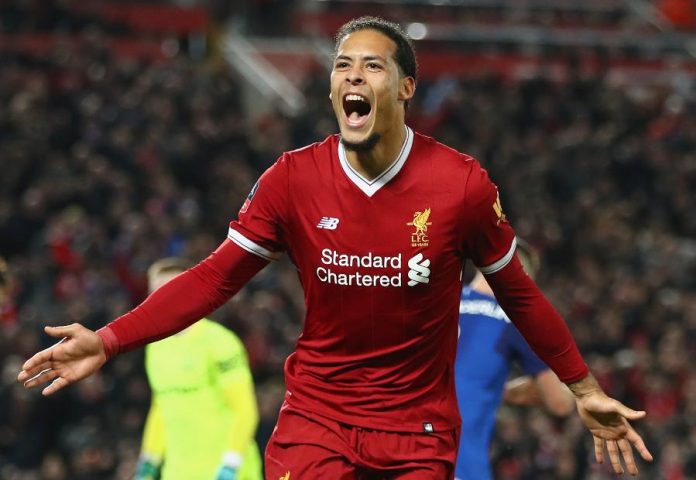 No player has had a bigger impact on their club or national side than Virgil Van Dijk has had on Liverpool since he joined on 1 January 2018. For this reason he’s my Player of 2018.

When Van Dijk announced in late December 2017 that he was making the move to Liverpool, nobody was surprised. In the previous summer transfer window Liverpool had been trying to sign him to no avail. Southampton had accused them of ‘tapping him up’ so they subsequently abandoned their pursuit of the player in that window.

However Liverpool did not give up that easy. Four months later they made an offer worth £75 million which, Southampton duly accepted. The only surprise was the price tag. Yes Van Dijk had shown world class potential at Celtic and had been Southampton’s best player but spending such money on him was considered a gamble by many. As a regular watcher of Celtic’s matches and the English Premier League, I knew this was money well spent. He was the best player to have played in Scotland since Henrik Larsson left Celtic for Barcelona in 2004 and by December 2017 had developed into one of the best centre backs in England if not Europe.

So let’s now look at the stats which show why Virgil Van Dijk is the Player of 2018.

When Van Dijk joined Liverpool, they had already shipped 34 goals in 28 games from August – December 2017. That’s more than a goal a game. To be exact that’s 1.2 goals every game.

Since he’s joined, the rate Liverpool have conceded goals has dropped significantly. In the 52 games Liverpool has played so far in 2018 they have only conceded 40 goals. That’s less than a goal a game. To be exact that’s 0.76 goals a game. So since he’s joined they have conceded almost 0.5 less goals per game than they conceded in the five months prior to him signing. This is a clear illustration that his arrival has coincided with a noticeable improvement in Liverpool’s defence.

Let’s dig a bit deeper with those stats and compare the number of goals conceded this season to the same period last season. The reduction in goals conceded is startling. Liverpool conceded 34 goals in all competitions at this stage last season whereas this season they have only conceded 13. In effect they have conceded almost two- thirds less goals this season than last. When comparing the defenders they had at this stage last season to this season, there is only one noticeable absentee. That’s Van Dijk. His impact in organising the defence and leading by example cannot be underestimated. As they say the stats don’t lie.

Such a drop in goals conceded in just a year is truly astonishing. Without Van Dijk there is no way this would have been possible. No other defender in Europe, alone, has had such an impact on their own team’s defence’s fortunes like he has.

The stats demonstrate Van Dijk’s incredible impact on this Liverpool team but sometimes getting too caught up in the stats draws people’s attention away from the eye test i.e. watching a player for 90 minutes every week.

Van Dijk’s always communicating with his teammates especially his fellow defenders, a game won’t go by without it. You will see him shouting, pointing and directing his teammates into the correct positions throughout matches. Effectively he’s the Liverpool captain without the armband.

But Van Dijk’s not just a talker he’s a ‘proper player’ too. He always looks assured in possession due to his excellent technique. Whether under pressure or not you won’t see him tripping over his own feet or miscontrolling passes from teammates. Also his passing is of a high standard especially his long diagonal pass across the pitch from his left centre back position to the right winger usually Sadio Mane or Mohammed Salah. When you watch Liverpool, watch out for that pass, he uses it as an attacking weapon to open the play quickly. He tries it at least 3-4 times a game and it’s usually on point.

None of this should surprise anyone. Van Dijk hails from the Dutch youth football system which encourages communication, technique and tactical awareness from a young age.

Alongside this, Van Dijk is blessed with great physical attributes. Standing at 6ft4 he is a giant of a man and it really shows. He is virtually unbeatable in the air. I can’t remember the last time any player won a header against him. Even the likes of Romelu Lukaku, as shown in the recent Liverpool victory over Manchester Utd, and Troy Deeney of Watford, both of whom are excellent in the air, won barely any headers in their encounters with him.

For such a towering defender, it is remarkable how fast and agile Van Dijk is. He is rarely, if ever, outwitted or beaten for pace by an opponent. Combined with his strength which allows him to bully strikers and wingers alike, he really is a freak of nature. Just look at the way he keeps up with the tricky and powerful speed merchant Adama Traore before winning the ball and knocking him to the floor with ease then calmly passing back to his keeper. The first 8 seconds of the clip shows you everything you need to know about his qualities.

Tell me how many other defenders could do that.

There is more still. Van Dijk’s positioning is astute. You never see him out of position or stranded in no man’s land. This is allied with his well-timed and well-judged tackling. That’s why he has picked up so few bookings this season, just 1 in 19 Premier League games and 4 in 25 games in all competitions. For a centre back that’s exceptional.

In other words Van Dijk has been the perfect centre back in 2018. Not only this, but the stats, videos and analysis above show why he is the Player of 2018. Don’t let anyone convince you otherwise.