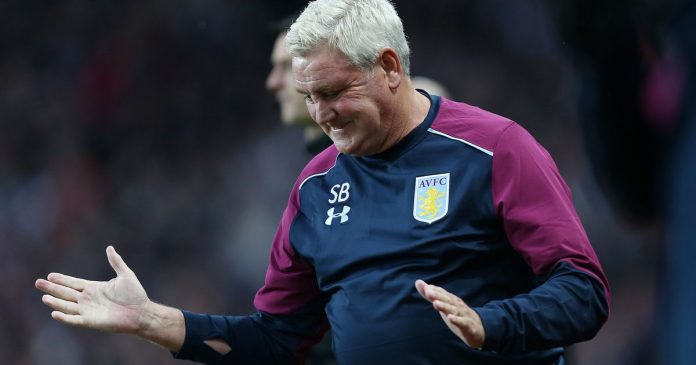 Snodgrass joined West Ham United in the January transfer window of last season on a  £10million deal from Hull City. But it is understood that the Scottish international has been deemed surplus to requirements by Hammers boss Slaven Bilic.

Bruce confirmed Villa’s interest in Snodgrass, but has to battle Championship rivals Birmingham City and Sunderland for his former player’s signature.

“Snoddy is somebody I’ve known for a long time – I bought him for Hull – so that’s something we’re looking into and exploring,” he told talkSPORT.

When asked about Wilshere, Bruce said that he would love to sign him, but remains doubtful whether the Arsenal midfielder would want to step down a level to play in the Championship.

“The Jack Wilshere one – hey, who wouldn’t want Jack Wilshere? But I don’t know whether we’re capable of landing him and let’s not forget he’s only 25,” he said.

Bruce has been under pressure to deliver in the transfer market this summer. The former Manchester United captain has been criticised for not spending enough to improve his squad.

“People have said that I’ve got millions and millions to spend, where it’s been the complete opposite.

“With financial fair play, unfortunately we haven’t got millions and millions to spend so I’ve got to be a little bit prudent, see what we can do and try and balance the books.

“In that respect it’s been a very difficult summer, but an enjoyable one. I think the vast majority of supporters understand that.”

Aston Villa are 16th in the Championship table after recording just one win in their opening four games of the new season. But the 56-year-old has asked fans to be patient and is confident that he will turn things around for the club.

“If they think I’m going to breeze in just before last Christmas and turn it around within six months, that ain’t gonna happen.

“But thankfully we’re starting to have the makings of a very decent squad.

The Villains will travel to Bristol City for their next league fixture on Friday.