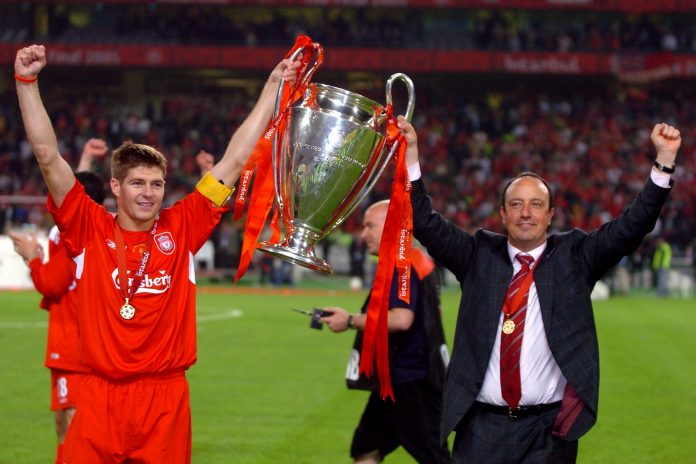 Bayern dominated the game, and took the lead early through Mario Basler. United not only struggled for possession, they simply had no answer against such ruthless dominance.

Carlo Ancelotti’s Milan just tore Liverpool apart in the first 45 minutes. By the end of the half the scoreline read 3-0.

Destiny had other plans. On that night at Istanbul, a Steven Gerrard inspired Liverpool saw themselves making one of the greatest comebacks in the history of Champions League football. The Reds scored three quick second half goals to make it 3-3.

In the penalty shoot out, Jerzy Dudek made some superb saves to earn Liverpool their fifth European trophy.

In the all English club final, Cristiano Ronaldo gave United the lead in the 25th minute. Chelsea responded through Frank Lampard.

The game went into the penalties. Ronaldo missed his spot kick and Chelsea was just a whisker away from winning it, but a slip from John Terry marred everything. United eventually won by 6-5 to win their third European trophy.

Bayern playing in their home ground took the lead in the 83rd minute. It was a killer blow to the depleted Chelsea side that were looking to take the game beyond the extra time.

Sergio Ramos gave Madrid the lead. The Rojiblancos equalised in the 79th minute to set up a nervy ending. The game went into the extra time, and Madrid once again sealed the European trophy winning the shoot-out 5-3.