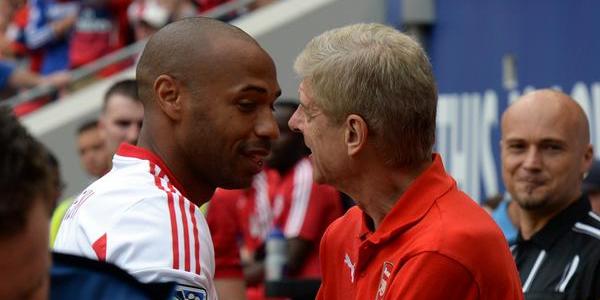 Former Arsenal hero Thierry Henry’s corner allowed Bradley Wright-Philips to down the Gunners in the USA on Saturday, with the solitary strike enough to condemn Arsene Wenger’s side to defeat in the Red Bull Arena. 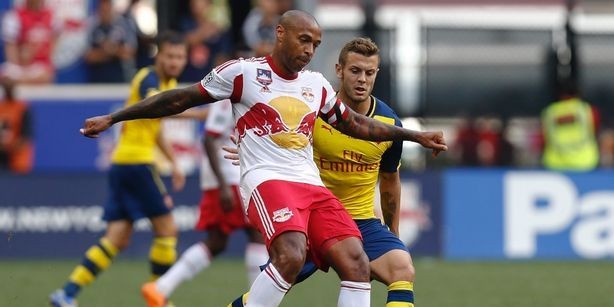 Henry lofted over a corner just after the half hour mark with former Southampton striker Wright-Philips to bundle home following a knock-down from Ibrahim Sekagya.

The 36-year-old Henry was the star attraction in the game, with both sets of fans cheering on the former French international as Arsenal failed to find a way back into the game in the Big Apple. 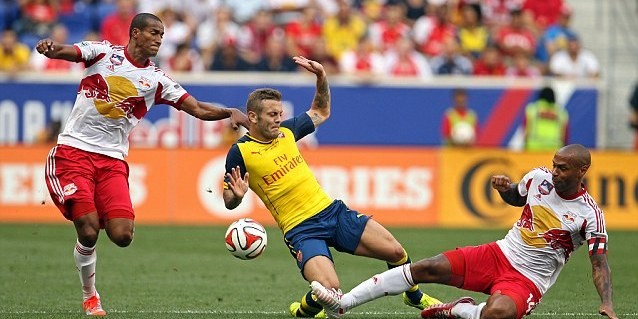 The likes of Aaron Ramsey, Santi Cazorla and Jack Wilshere all played some part in the match, with former Everton man Tim Cahill also appearing for the Red Bulls.

Wenger was quick to praise his former star-pupil Henry after the match, humbly accepting that his side were the better over the 90:

“Thierry can be dangerous from anywhere and you can see today why he was a great player because when he played in midfield his passing was excellent and his vision as well,” said Wenger (as quoted in the Guardian),

“When our opponent is better than us, we have to say, “well done” and that was the case today.”

Check out the full Arsenal lineup and the winning goal below: