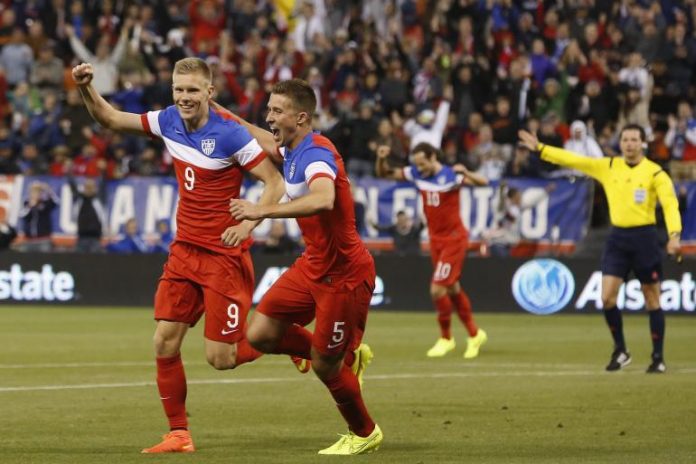 US Soccer have confirm the news that broke out yesterday from Ireland’s FA, about the Friendly between the Yanks and The Green Army.

The game will be played at 2:45 P.M. Eastern Time, however, the broadcasting info of the match between the USMNT and Ireland has not been decided yet, according to the USSF.

With the Yanks traveling to Europe in Nov., this will mark another calender year that the Red White and Blue end in the old Continent of Europe. The year after the 2010 World Cup in South Africa, they faced Slovenia, in 2012 the Stars and Stripes faced Russia, and last year the USMNT played against Austria.

The Boys in Green will also be giving U.S. Head Coach Jürgen Klinsmann another match to test the young players before the 2015 CONCACAF Gold Cup begins next summer. However, since the match will be in the middle of the Nov. the Major League Soccer players who will be playing in the MLS playoffs during that time will most likely not be in camp. In result, there is a good chance that the players that will compete against the Irish will be mostly European based players. However, Klinsmann is excited and looking towards the trip to the Emeralds Isle in Nov.

“We are absolutely thrilled to finish our work in 2014 with a game against Ireland,” Klinsmann told mlssoccer.com. “They are consistently a difficult team to play against, and we welcome these types of challenges as we continue to move our team forward towards the Gold Cup next year.”

With this match now finalized from both nations, US Soccer will have to turn their attention and get the Sept. 9 home match against Colombia in San Antonio, TX confirmed. Not to mention the October friendly that would be against Ecuador, however, that game has more work to be done before it gets the final okay; since, at the moment the date has not been picked nor the location of where the U.S. will face the South American side.