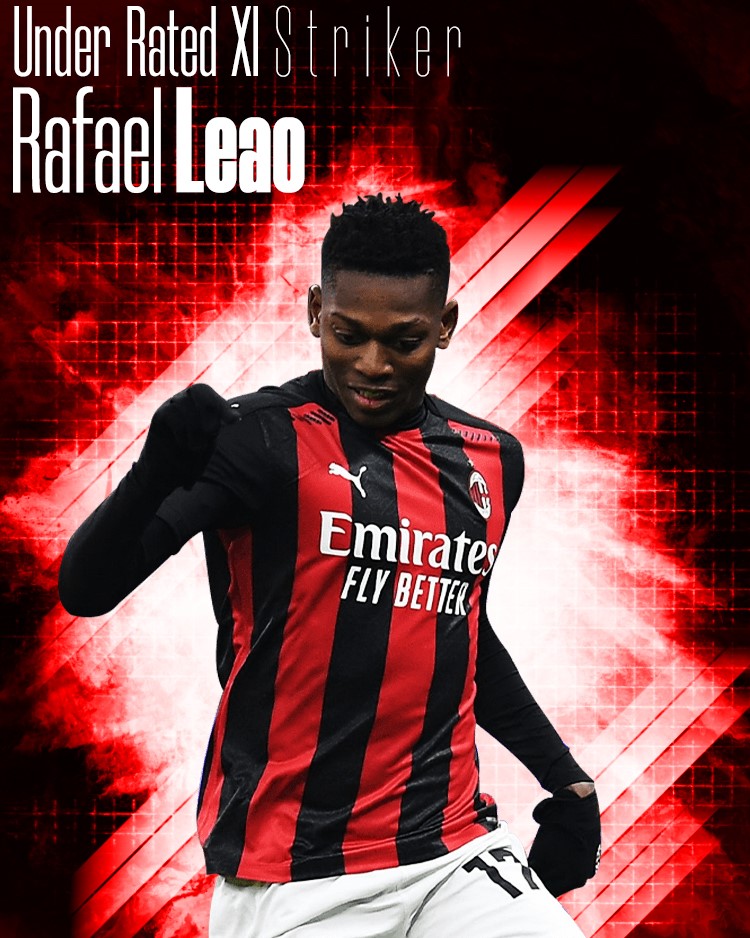 Establishing yourself as one of the top strikers in Europe at the age of 21 is an exceptional achievement.

In spite of this, Portuguese striker Rafael Leao is underrated and is currently overlooked for his performances for AC Milan ahead of the more established Zlatan Ibrahimovic and Ante Rebic.

AC Milan at the time of writing sit second in the Serie A table and still have an outside chance of winning the Italian crown for the first time in 10 years.

While Zlatan Ibrahimovic is a hugely recognised footballer and is gaining widespread media attention for his performances this season, his young strike teammate Rafael Leao isn’t.

AC Milan spent big money to capture the Portuguese striker from French side Lille and the striker has settled down quickly in Italy, handling the pressure of playing for one of the biggest clubs in world football.

With five goals and five assists in Serie A this season Leao has revealed his attacking prowess and instincts and has caused defences in Italy a handful of problems.

Learning from one of the best strikers of his generation in Ibrahimovic will help the cause of AC Milan’s Portuguese striker, who has the potential to go far in the game.

With Cristiano Ronaldo approaching the last few years of his illustrious career, he will have to hand the baton internationally to the next young Portuguese talent. While João Felix is the most likely to take over the baton, Leao is another exceptional talent and could prove to be a crucial player for Portugal in the future.

With the European Championships approaching in the summer Leao has a strong chance of making the Portuguese squad and helping the team defend their crown from 2016.

A good tournament there could see the world start to see the talent of the currently underrated Leao.