UEFA Football Team of the Year 2007

After much thinking and a lot of videotape viewing (mostly Champions League matches probably), the UEFA writers have come up with 60 nominations, which were then submitted to the general public of the uefa.com website. Users were asked to select eleven players and one coach to make up the Finest team of 2007.

Now, unlike awards such as L’Ã‰quipe’s All-Star Best XI of 2007 (voted by journalists) this award was made by popular vote, so even if you don’t agree with the selections (and I’m sure none of you will 100% 😀 ) know that this team was chosen democratically. Nevertheless, feel free to give your 2 cents (and fire away your insults) in the comments section.
.

In total 47 individuals have been selected on the 6 uefa.com users’ Team of the Years. By far the most successful player has been French forward Thierry Henry. He was selected on the first four teams, missed out by a mere 1,000 votes on the Team of 2005 before garnering his 5th selection in the 2006 team. Zinédine Zidane was selected in the first 3 teams, while Pavel NedvÄ›d, Alessandro Nesta, Gianluigi Buffon, Carles Puyol, Ronaldinho and José Mourinho have also all appeared in 3 selections.

The official website of the award can be found here.
. 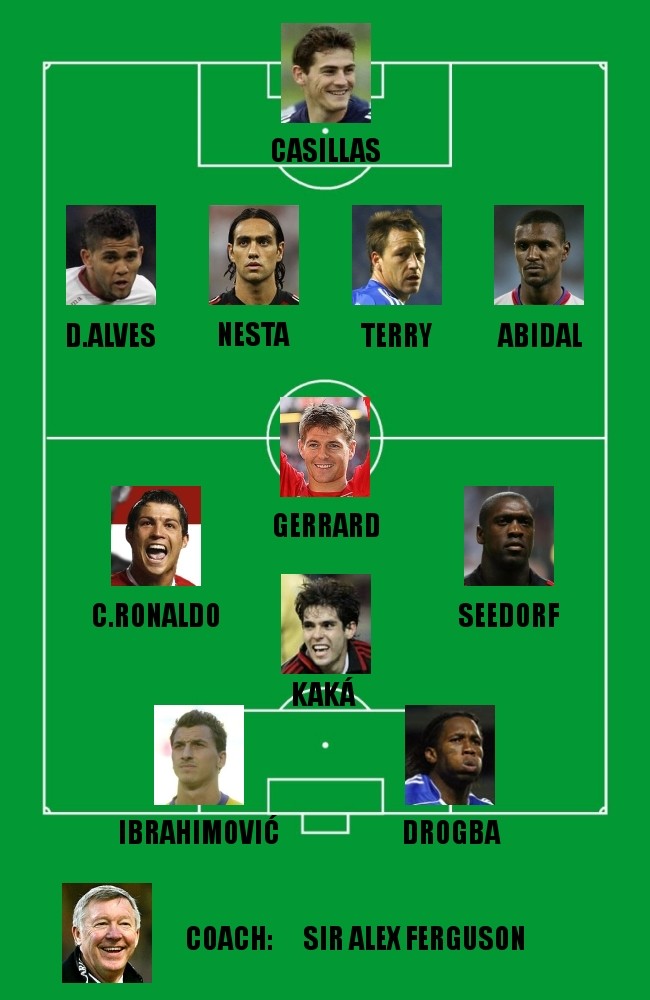 .
Marco Pantanella is the Chief Editor of Soccerlens, and the author and editor of the mCalcio blog