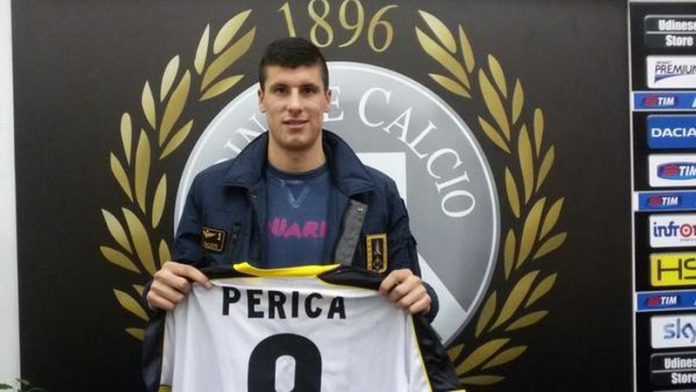 Udinese striker, Stipe Perica, has recently stated in an interview that he would do anything to play for Chelsea once again in the future.

The Croatian striker joined the Blues from NK Zadar in 2013, but never quite managed to impress the Chelsea officials during his time at the club. Perica was then sent out on loan to NAC Breda for one and a half seasons. Later he joined the Serie A outfit Udinese on loan for six months and the Italian side signed him on a permanent transfer for a fee of £3.4m.

The 21-year-old spoke to Croatian outlet 24sata and revealed that Chelsea have a first refusal option if Udinese decide to sell him in the future. He also added that he does not regret his transfer to Stamford Bridge three seasons ago and would do anything to return. 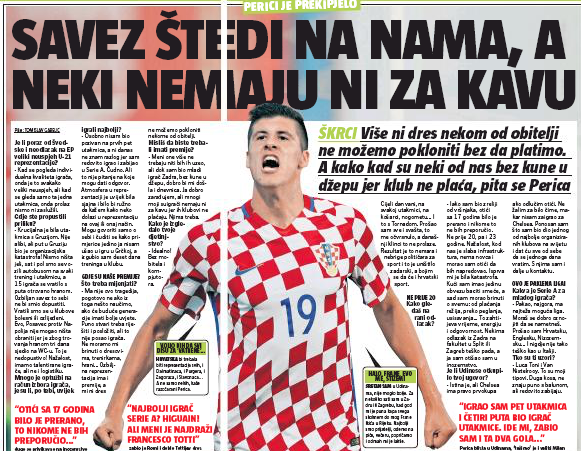 Perica was also full of praise for his former teammates, specifically Matic and Ivanovic. According to him, the duo took good care of him during his time at the club.

I don’t regret anything. Even though I haven’t played for Chelsea, I am proud to have been part of one of the best organized clubs in the world and I will give anything to return one day. I got to know Nemanja Matic and his brother Uros (at NAC Breda). We are still in touch, as is the case with Branislav Ivanovic. What those guys did for me, I’ll never forget. Nemanja still takes care of me, like my agent.

Despite his intentions and ambitions, Perica’s return to Stamford Bridge seems very unlikely at this stage. He might well develop into a good striker in future, but he is simply not good enough to lead the line for an elite European club.