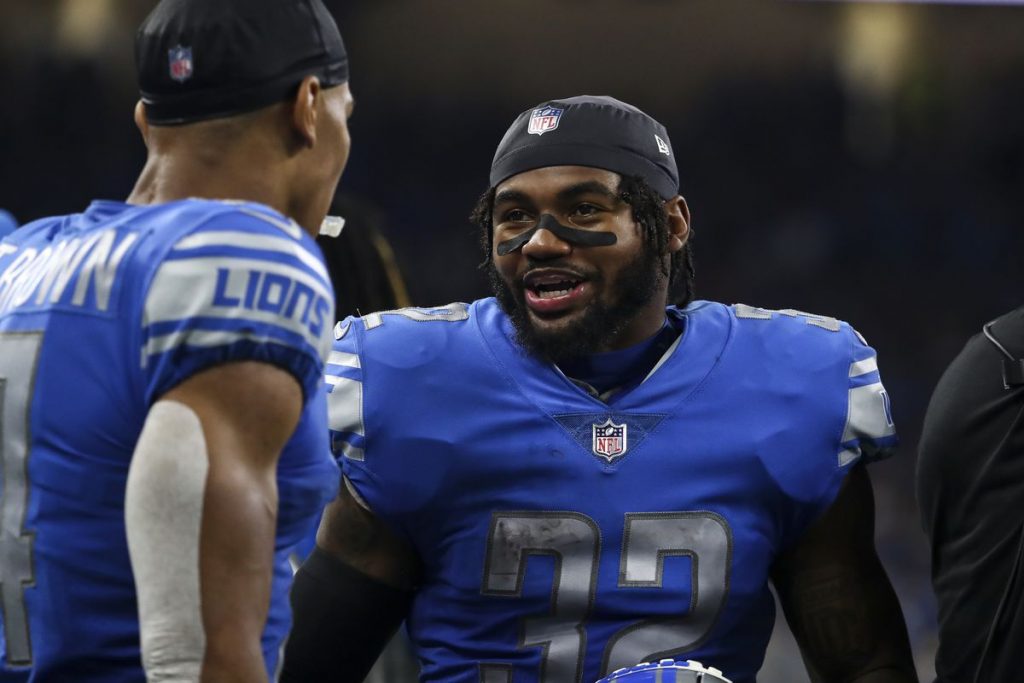 The Detroit Lions running back D’Andre Swift and wide receiver Amon-Ra St. Brown are set to return this week against the Miami Dolphins.

Swift has been out since week four. He has been nursing ankle and shoulder injuries. The latter being the most pressing of the two injuries.

Dan Campbell says D’Andre Swift is trending in the right way toward playing this week.

The Lions do have a serviceable veteran backup in Jamaal Williams, but he is not the player that D’Andre Swift. He is an elite pass catcher and quarterback Jared Goff needs him whenever he checks down. Swift is so good when he has the ball in his hands and he makes this offense more explosive.

Detroit also needs their number one wide receiver Amon-Ra St. Brown to return and produce. St. Brown himself has also dealt with injuries so far this year.

He has been hampered by an ankle injury these past couple of weeks and was seen to be over the injury. However, in last Sunday’s game against the Dallas Cowboys, St. Brown was ruled out of the game with a concussion, but did not have one.

To the team, St. Brown seemed to be inhibited by the hit he took and quickly ruled him out of the game.

St. Brown is set to return this week. He is going through the updated concussion protocols and has practiced in a limited fashion this week.

He has been steady as she goes for this offense being Jared Goff’s favorite target. St. Brown came onto the scene the second half of last year. He is one of the better young wide receivers in the league.

The Detroit Lions will face off against the Miami Dolphins this week. The Lions need these offensive weapons to keep up with the Miami offense.