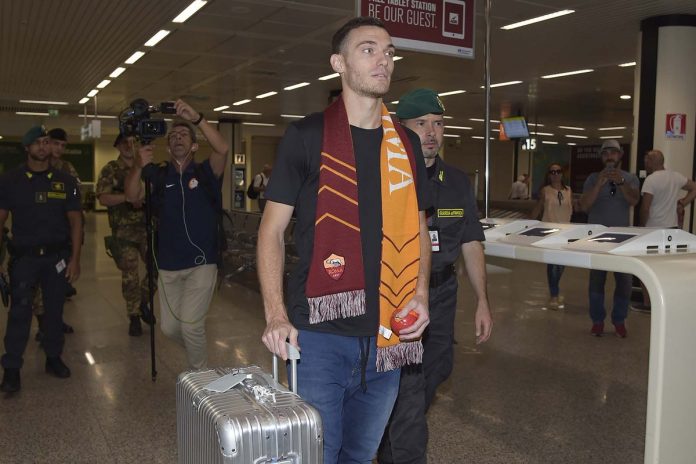 Everton’s quest to sign Barcelona defender Thomas Vermaelen has sparked plenty of debate across a variety of platforms.

The Liverpool Echo says (as per Spanish newspaper El Mundo Deportivo) that the Toffees have opened talks with the 31-year-old about a return to the Premier League.

Vermaelen has struggled with injuries in recent years, making just 21 appearances for Barca since joining the club from Arsenal in 2014.

The Belgium international spent last season with Serie A side AS Roma, but more injury troubles restricted him to just 12 appearances in all competitions.

West Brom and Crystal Palace have also been linked with Vermaelen who is keen to get his career back on track next season.

The centre-back established himself as a key part of Arsene Wenger’s squad during his time with the Gunners, scoring 15 goals in 150 appearances. He won an FA Cup winners’ medal in 2014, before agreeing to move to the Nou Camp for £15 million in August that year.

Despite splashing out £30 million on Burnley defender Michael Keane this summer, Blues’ boss Ronald Koeman is eager to strengthen his squad and believes Vermaelen would be a useful addition.

Here at Sportslens, we look at the reaction to Vermaelen’s possible move to Goodison Park.

Get another player in that position. I’ll moan if we sign vermaelen

Everton going after Vermaelen is moyes still in charge. Top 4 no chance not strong enough up front

Hope not as we need younger and more reliable players.

Too injury prone. Never been the same player. Was a great defender.

Clutching at straws.He’s had knee and thigh injuries throughout his career,in addition to “old man’s” calf strains in recent yrs. No chance.

Everton…we can confirm that Vermaelen is not pregnant… About as far as I’d be willing to stake my reputation.