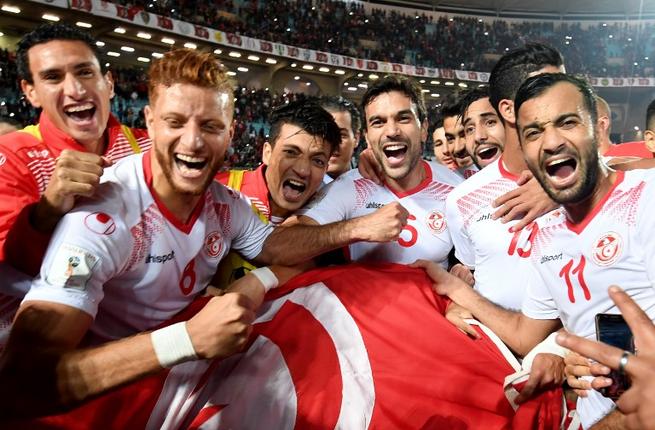 Competing in their first World Cup in 12 years, Tunisia were dominant in qualifying and will hope to take this momentum into the tournament in Russia.

However, having been drawn in the same group as both England and Belgium, progression into the knockout rounds seems a step too far for the North African outfit.

A mishmash of players from clubs in Europe’s far reaches and across Africa, there is not many standout names in the Tunisia ranks.

That said, a few have played at a reasonable club standard and there is a nice blend of youth and experience in the final 23.

Tunisia have been dealt a cruel blow ahead of the World Cup, with attacking talisman Youssef Msakni ruled out by injury.

The 27-year-old left winger was crucial in the qualifying campaign but has not recovered in time to feature. Striker Taha Yassine Khenissi is also out of the reckoning.

The former Tunisia international midfielder has been in and around the nation side as a coach in a number of capacities in the past, with his current tenure spanning back to last year.

His knowledge of the players will be critical to his side’s chances of success but a lack of international management could be telling. Previously was in charge of Kuwait.

Tunisia will play in a defensive system with a back four, with the Africans prepared to have to soak up a lot of pressure in their first two Group G games.

Ahead of this, a compact midfield will most likely set-up in a 4-5-1 formation with the potential for the wide players to support a lone frontman.

Tunisia do have the potential to be enterprising and showed as much with recent 2-2 draws against both Portugal and Turkey.

The versatile and gifted attacking midfielder has been named in the Tunisia squad despite not being 100 per cent fit after a thigh injury picked up in April.

As such, the Africans will have to introduce the 27-year-old into the action with caution.

Khazri is a talented operator and could be the x-factor to create chances for Tunisia at the World Cup, while the former Sunderland man being passed fit could be a confidence boost to the entire group.

Filling Msakni’s shoes will be an unenviable task but Khaoui looks set to be handed the challenge.

The 23-year-old is on Marseille’s books but has spent the recently completed season on loan at Troyes, where he got plenty of Ligue 1 action and scored five goals.

Tunisia will be short of inspiration without Msakni but Khaoui will hope to make an impression before returning to the Stade Velodrome after the tournament.

Although Tunisia were comfortable in their qualifying campaign, it is hard to imagine the African nation making many inroads into this competition.

Participation in the World Cup is a reward in itself, but the Eagles of Carthage are expected to be knocked out in the group stages.