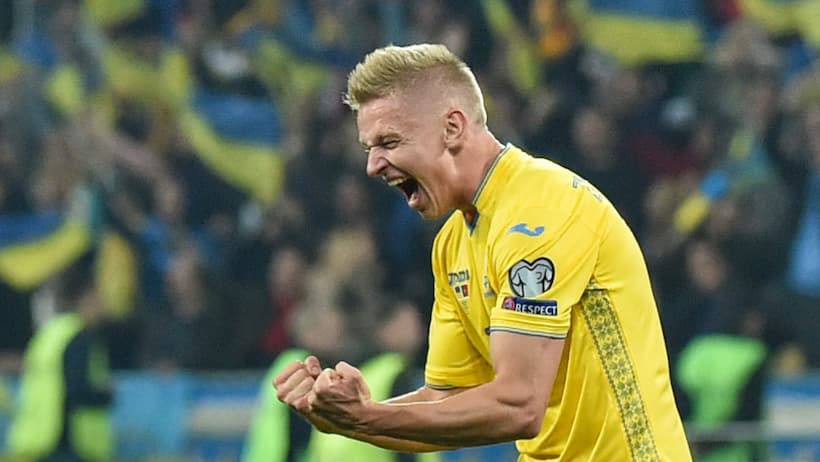 With several European giants set to conclude their respective World Cup Qualifying campaigns tonight, our expert has a final five-fold set of 20/1 WCQ BTTS tips to share. Plus, find out how you can Bet £10 Get £30 at Betfred.

Both teams have scored in three of Bosnia-Herzegovina’s last four matches, a stat bested by tonight’s opponent Ukraine who have seen BTTS results in six consecutive games.

The last time these two sides played, the final score was 1-1, and, given both teams have clear issues keeping the ball out of the net, we’re banking on a similar outcome tonight.

This is the leg of the Acca that provides a sharp increase in odds. In truth, Finland haven’t scored a goal vs France in any of the last four competitive fixtures, losing most recently 2-0 in the Parc des Princes.

The shy run in front of goal has to end sometime for the Fins, however, and, with six goals already during this World Cup qualifying campaign, we’re backing Norwich City’s Teemu Pukki to at least find the target in a likely defeat for the home side.

Both teams have scored in four of Norway’s last seven fixtures, including a 1-1 draw in the reverse fixture vs the Netherlands at the Ullevaal Stadium. Norweigan star Erling Braut Haaland and Holland’s Davy Klaasen were the players on target in that game.

Whichever side wins tonight is likely to qualify in top spot in Group G due to superior goal difference vs Turkey, who are the other side in the hunt for automatic qualification. As such, we’re expecting the big stars out on the field: Haaland (five goals in six games), Memphis Depay (11 goals in seven games), et al, to come out guns blazing and for the goals to flow.

Gibraltar did manage to hit the target in a 1-1 draw away in Latvia in the reverse fixture, so you could be forgiven for going against us on this leg and backing the European minnows.

We are less convinced by Gibraltar’s goalscoring potential, however. Julio Ribas’ side has lost six straight games, scoring just twice and conceding 26. Statistically speaking, it’s overwhelmingly more likely that the tiny island of Gibraltar doesn’t get to celebrate a rare goal this evening.

Having played seven, won six, and drawn just once, Belgium have already qualified in first place in Group E. This means that tonight could be an opportunity to rest/try out a few players for Roberto Martinez’s side. This, in turn, could provide Wales with an opportunity to grab the goals they need to ensure a second-place finish and playoff qualification.

With the likes of Romelu Lukaku, Kevin de Bruyne, and Youri Tielemans set to feature for the visitors, Belgium is quite rightly the favorite to win tonight’s final group game. But we’re backing Gareth Bale and co. to at least make life difficult for Martinez’s star-studded squad at the Cardiff City Stadium…

Betting on today’s selection of Both Teams To Score tips at Betfred will provide odds of approximately 20/1 – and a return of £206.18 on a £10 stake.

Betfred is offering a Bet £10 Get £30 in Free Bets + 30 Free Spins promotion to any newcomer to the site. This special promo can be used in conjunction with Tuesday’s FIFA European World Cup Qualifiers and our Both Teams To Score tips.

To claim £30 in free bets at Betfred, follow these simple steps: