There’s a hint of deja-vu in this morning’s gossip columns as Manchester United have woken to find themselves linked with a Bosman move for a striker, a couple of years past his prime, who is known to struggle with niggling injuries and who was replaced by younger models for both club and country some while ago. Sounds ominously familiar to me.

In other words, United’s supposed interest in Real Madrid’s record-goalscorer Raul has a touch of the ‘Owens’ about it, and we all know how that worked out.

Manchester United have been linked with a move for Real Madrid’s veteran striker Raul, should the 32-year-old be released on a free transfer this summer. Real president Florentino Perez is ready to offer the Spaniard a ‘golden handshake’ pay-off in order to prematurely terminate his contract at the Bernabeu. (Daily Mail)

Manchester City have also lodged their interest in Barcelona right-back Dani Alves with the hopes that the 27-year-old Brazilian will be tempted away from the Camp Nou by a big-money move to the Premier League. The Catalan giants would want to see a profit on the £36 million they paid Sevilla for Alves just two years ago. (Mail)

Aston Villa are prepared to rival Tottenham in their bid to sign Everton’s £12-million-rated winger Steven Pienaar. The South African is yet to agree a new deal at Goodison despite only having a year left to run on his current contract. (Daily Mirror)

Everton are ‘on alert’ after being told £20-million-rated Paraguayan striker Oscar Cardozo will be allowed to leave Benfica after a recent row over his fitness. (Daily Mail)

Hamburg, Schalke, Bayer Leverkusen and Wolfsburg have all been linked with German midfielder Michael Ballack, who was recently released by Chelsea. (Various)

Birmingham City are closing in on a £4.5 million deal for Palermo striker Fabrizio Miccoli. (Mirror)

Bolton are considering offering Brazilian striker Ilan a contract after the 29-year-old was released by West Ham at the end of the season. (Mail)

West Brom have slapped an ambitious £5 million price tag on the head of Spanish midfielder Borja Valero, after rejecting a £2.5 million offer from Sevilla. (Mirror)

Blackpool’s bid to sign striker DJ Campbell from Leicester has stalled after the Foxes upped their asking price from £1 million to £1.5 million.

Aston Villa left-back Nicky Shorey is a £2.5 million target for Nottingham Forest. The former England man made nine loan appearances for the Championship side last term before ending the season on loan at Fulham.  (Mail) 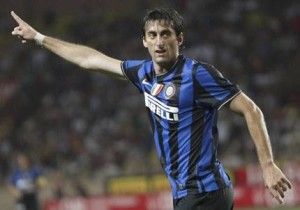 Both AS Roma and Palermo are chasing West Ham’s Swiss utility man Valon Behrami, but the player’s agent has insisted that Behrami intends to remain at Upton Park next season. (Gazzetta Dello Sport)

Udinese, Bari and Sampdoria are all tracking Juventus’ precocious 23-year-old midfielder Sebastian Giovinco, who is becoming increasingly frustrated with his lack of opportunities at the Bianconeri. (Football Press)

AC Milan have denied that they have agreed a deal to bring Napoli midfielder Manuele Blasi to the club, despite speculation to the contrary. (Milano News) 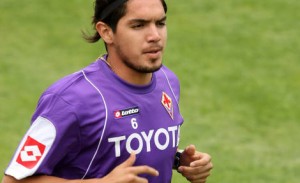 UAE-based club Al-Wasl have offered former Athletic Bilbao midfielder Francisco Yeste a contract. Yeste is a free-agent after choosing not to renew his deal with Los Leones when it expired last month. (Sky Sports)