After declaring his desire to play for reigning Premier League champions Chelsea only yesterday, it would appear that Valencia’s highly-rated winger David Silva has undergone a dramatic change of heart that will see him sign for nouvelle-riche money-merchants Manchester City for the best part of £30 million in the next few days.

I just don’t know who to believe anymore!

Manchester City have agreed a £29 million deal with Valencia for winger David Silva and the Spain international is set to fly to England after the World Cup to finalise a four-year, £160,000-a-week contract.

With both Chelsea and Real Madrid reported to be courting the 24-year-old midfielder, City delegates flew out to Spain last week to officially lodge their bid in person. (Mail)

Manchester City are also said to be close to wrapping up the £27 million signing of Barcelona’s Ivorian holding midfielder Yaya Toure. (Mirror)

Barcelona’s recently deposed president Joan Laporta has told reporters in Spain that he is confident Arsenal will eventually ‘give in’ and allow ‘Cesc Fabregas to return to Catalonia this summer – whether it be during the final few days of his reign or the first few days of president-elect Sandro Rosell‘s. (Telegraph)

Arsenal are tracking Lokomotiv Moscow’s Russian left-back Renat Yanbaev, as the Gunners fear that Gael Clichy may also be tempted to join Barcelona over the off-season. (Mail)

Bulgarian winger Martin Petrov, who was released by Manchester City earlier this month, will join Bolton within the next few days – despite a late approach from Aston Villa. (Sun)

Sunderland target Heiko Westermann may reject a move to the Premier League in favour of staying with his current club Schalke. (Mail)

Fulham striker Bobby Zamora will turn down a move to Birmingham as he fully intends to sign a new contract at Craven Cottage. (Mirror) 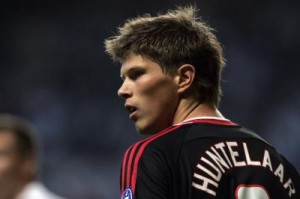 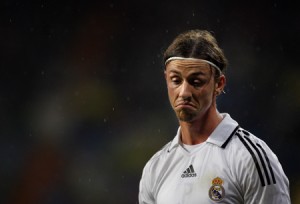 Zenit St. Petersburg have made an official approach for Real Madrid veteran Guti Hernandez. The 33-year-old midfielder is said to be already weighing up an offer from Blackburn Rovers. (AS)

Sevilla striker Luis Fabiano has apparently told his close friends that he is on the verge of completing a €10 million move to AC Milan. (Corriere Dello Sport)

Portuguese midfielder Tiago is hopeful of joining Atletico Madrid on a permanent basis after spending the second-half of last season on-loan at the Rojiblancos. (Mundo Deportivo) 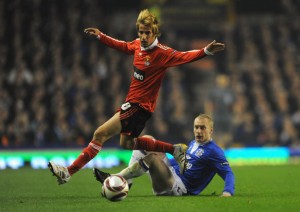 Bayern Munich are tracking Benfica’s 22-year-old Portuguese left-back Fabio Coentrao, who has been impressing for his national  side in South Africa this summer. (O Jogo)