After the news broke late last night that Manchester City had been granted permission to open negotiations with David Silva, Chelsea (The Spanish star’s preferred suitors) have wasted no time in throwing their hat back into the ring.

Manchester City have been given permission to talk to Spanish winger David Silva by his club Valencia, according to deputy chairman Javier Gomez;

“As has been said, there is interest from Manchester City and we have permitted them to talk to the player, but we have reached no agreement and we have not talked about a fee.”

However, Silva is known to be reluctant to join a club in the north of England and has stated publicly that he would prefer a move to Premier League champions Chelsea.

If comments made by the player’s agent Julio Llorente are anything to go by, then it would appear that the London-based side have made a last ditch attempt to hijack the 24-year-old’s move to City;

“We won’t know where he is going this week because we’re weighing up offers from three clubs and one of them is Chelsea. If Silva doesn’t want to go to Manchester [City], then the transfer isn’t possible.”

The Spanish international has already rejected an offer to move to Eastlands earlier this month, on the grounds that City will not be playing in the Champions League next season. (Mail)

Arsenal look set to sign 37-year-old ‘keeper Mark Schwarzer from Fulham after having a £3.5 million bid accepted for the veteran Australian stopper. (Mirror)

Both Manchester United and Tottenham are considering a move for Pumas’ 23-year-old Mexican striker Pablo Barrera, but the Premier League pair will face competition from Valencia. (Mail)

One man leaving White Hart Lane over the summer will be striker Robbie Keane, who will be allowed to move on for a ‘knock-down’ price. Aston Villa are the favourites to snap up the Irishman. (Mirror)

Mamelodi Sundown’s South African striker Katlego Mphela has his heart set on a move to the Premier League with Birmingham City. (Goal)

Wolves are hoping to resurrect a deal for Lens striker Aruna Dindane, whose move to Qatari side Lekhwiya has fallen through. (Mail) 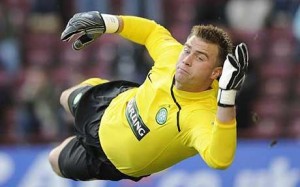 Celtic will move for Newcastle United ‘keeper Steve Harper should they manage to offload Artur Boruc over the summer. (Express)

Andrew Driver has rejected a contract extension with Hearts and now looks set to join Burnley in a £3 million deal. (Daily Record) 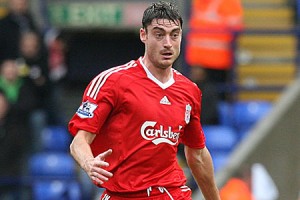 Juventus are eyeing up an €8 million move for Liverpool outcast Albert Riera. The Spanish winger hasn’t featured for the Reds since publicly criticising former manager Rafael Benitez on a Spanish radio show in March of this year. (SportItalia)

Fiorentina have identified Udinese midfielder Antonio Candreva and Liverpool left-back Emiliano Insua as their transfer priorities, with the latter expected to join the club in the next few days in a £4 million deal. (Gazzetta Dello Sport)

La Viola also hope to persuade French ‘keeper Sebastian Frey to remain at the club next season, despite interest from a clutch of Premier League clubs. (Gazzetta Dello Sport)

Dutch striker Klaas-Jan Huntelaar has refused to be used as a makeweight in a deal to take Brazilian hitman Luis Fabiano from Sevilla to AC Milan. (Corriere Dello Sport) 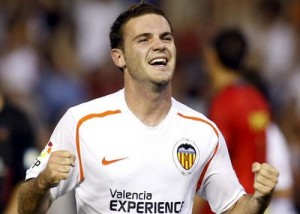 Valencia winger Juan Mata has admitted that, whilst he is aware of the rumours linking him to Barcelona, no deal has yet to be agreed. (AS)

Bundesliga side Schalke have submitted an offer to Real Madrid for their veteran striker Raul. The German side see the 32-year-old Spaniard as a direct placement for Dynamo Moscow-bound poacher Kevin Kuranyi. (AS)

Atletico Madrid have a agreed a fee of €5.5 million with Juventus to sign Portuguese midfielder Tiago. (Gazzetta Dello Sport)