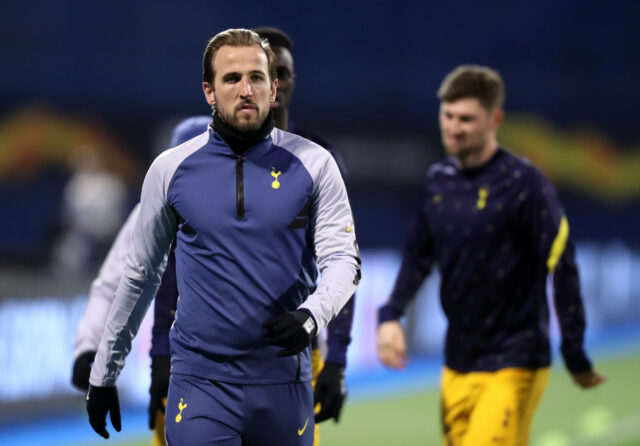 According to The Times, Tottenham Hotspur would demand a fee in the region of £200 million for Harry Kane if he decides to leave the club.

Kane previously stated that he would seek to leave if he feels that Spurs are not making enough progress. The England striker has stated his desire to win trophies, and lifting the Carabao Cup (if Spurs win it) won’t be enough.

The 27-year-old striker has a contract at the club until 2024, and Daniel Levy is under no pressure to sell. He has no release clause in his contract, and Spurs have not put a valuation on his head.

However, Spurs are aware of interest from several heavyweight clubs for Kane. In case they make an approach, Spurs would demand a fee in the region of £200m.

In the present economic climate, very few clubs can afford to pay that amount.

Kane has been outstanding for Spurs this season, scoring 16 goals with 13 assists in the Premier League.

It will be interesting to see what Kane decides to do if Spurs fail to secure a top-four finish. Kane may not want to play in the Europa League again, but the length of his contract weakens his ability to force a move.

The Times claim that Spurs need two full-backs, a centre-back, a holding midfielder, a creative player and a back-up striker in the summer, but with the club struggling financially it is unclear where the money would come from.

In other news, check out Tottenham’s predicted starting line-up vs Aston Villa.