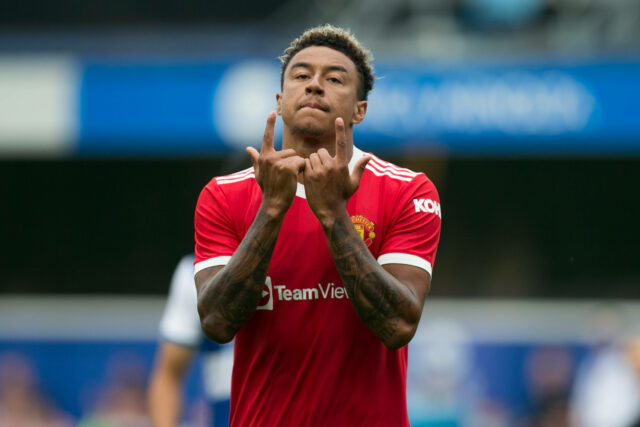 Tottenham Hotspur have been linked with a move for the Manchester United attacker Jesse Lingard.
According to a report from Football London, the London club have already made contact with the England international’s camp over a potential move this month.
The 29-year-old Manchester United attacker is out of contract at the end of this season and he has struggled to hold down a regular starting berth at Old Trafford.
Lingard was heavily linked with a move to West Ham United during the summer transfer window but he chose to stay and fight for his place at Old Trafford. However, things have not worked out for the England international and he needs to leave during the January transfer window in order to play regularly.
With the World Cup coming up later this year, Lingard cannot afford to sit on the bench every week and it will be interesting to see whether he is willing to join Tottenham this month.
The 29-year-old is a versatile attacker who can play on either flank and as a central attacking midfielder as well. Antonio Conte could definitely use more depth in the final third and the Manchester United attacker could prove to be a useful addition.
Lingard was on loan at West Ham last season and he was quite impressive for the Hammers. Tottenham will be hoping that he can make a similar impact if he joins the club this month.
Meanwhile, cashing in on the player this month makes sense for Manchester United as well. The player will be a free agent in the summer and the Red Devils should look to sell him for a reasonable price in the next few weeks.
If he manages to settle in quickly and perform like he did at West Ham, Lingard could prove to be a major bargain for Spurs.
Join our Telegram channel to stay up to date on the latest in marketing