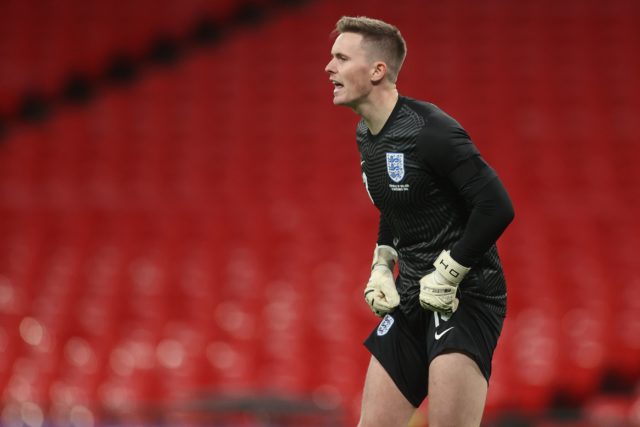 Tottenham Hotspur need to improve their squad in order to challenge for the major trophies and they have been linked with the likes of Henderson and Kulusevski in recent weeks.

Spurs eyeing up a move for Dean Henderson

Tottenham Hotspur are reportedly interested in signing the Manchester United goalkeeper Dean Henderson.
The 24-year-old is thought to be keen on leaving Old Trafford in search of regular first-team football according to Manchester Evening News.
Apparently, the Londoners are looking to bring in a long term replacement for club captain Hugo Lloris who is in the final six months of his contract and Henderson has been identified as a potential target.
The goalkeeper has a contract with Manchester United until the summer of 2025 and manager Ralf Rangnick is not prepared to cash in on the shot-stopper next month.
Even a loan deal would have been ideal for the goalkeeper, who is in desperate need of first-team action. However, the German manager is not keen on letting the player leave under any circumstances.
The 24-year-old has played just twice for Manchester United in all competitions this season and he needs to play more regularly in order to continue his development and fulfil his potential.
It will be interesting to see if Henderson decides to force a move away from Manchester United if the Red Devils cannot offer him with the necessary game time assurances.
A move to Tottenham could be ideal for the 24-year-old and he could get plenty of first-team action with the Londoners next season.
Henderson has been on loan at Sheffield United in the past and the 24-year-old managed to impress thoroughly with regular game time with the Blades.
The Manchester United keeper is clearly talented and he has a massive future ahead of him. It remains to be seen whether Tottenham can convince the Red Devils to cash in on him during the January transfer window or at the end of the season.

Meanwhile, the Premier League side are thought to be keen on signing the Juventus winger Dejan Kulusevski as well.
According to a report from La Gazzetta dello Sport (h/t Football Italia), the Italian giants are prepared to cash in on the Swedish winger if an offer of around €35-40 million is presented next month.
Tottenham could definitely use more depth in the final third and the 21-year-old could prove to be a quality long term addition.
Kulusevski has highly rated across Europe a few months ago and a manager like Antonio Conte could help him develop and fulfil his potential.
Join 888sport and enter bonus code BOX45 to get £45 in Free Bets when you bet £10 on any football match.
Tags
English Premier League Juventus Manchester United Serie A Tottenham Transfer News & Rumours