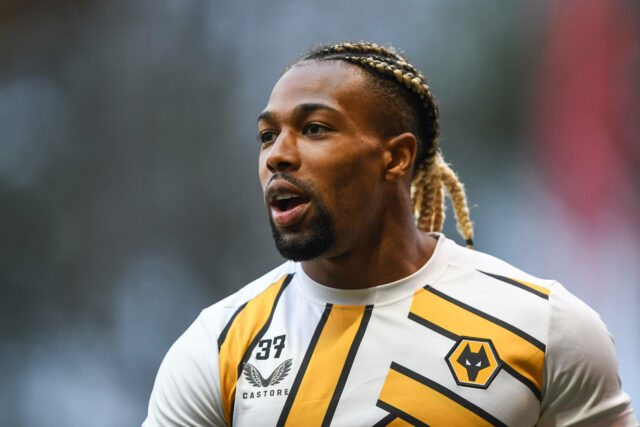 Tottenham Hotspur are closing in on the signing of Adama Traore from Wolverhampton Wanderers.
According to a report from Football Insider, the Premier League side have agreed on a fee of around £22.75 million for the Spanish international.
Initially, the Londoners had a bid of around £15 million turned down for the 25-year-old but the two clubs reached an agreement on Friday afternoon and Traore is set to finalise his move in the next few days.
The player will now discuss personal terms with Tottenham and the two parties are expected to reach an agreement soon.
The 25-year-old has been heavily linked with a move away from Molineux for months now and a move to Tottenham seems like the ideal next step in his career.
The 25-year-old has the potential to play at a higher level and Spurs could provide him with a platform to showcase his talent in Europe next season.
Antonio Conte needs to add more quality and depth to his side and the signing of the Spaniard could prove to be a wise move in the long run.
The 25-year-old will add explosive pace and flair to the Tottenham attack and he can slot in as a wingback as well.
Traore is still only 25 and he has the potential to develop further. A top-class coach like Conte could help improve his consistency and add some end product to his game.
The reported £22.75 million asking price could look like a bargain in the long run for the Spanish international if he manages to develop his game under the tutelage of Conte.
Furthermore, the 25-year-old is well settled in the Premier League and he should be able to make an immediate impact once the move is finalised.
Tottenham will be desperate to qualify for the Champions League next season and they will need to improve their squad in the other areas as well. It remains to be seen whether they can bring in a quality midfielder before the transfer window closes.
Tags
English Premier League Tottenham Transfer News & Rumours Wolves