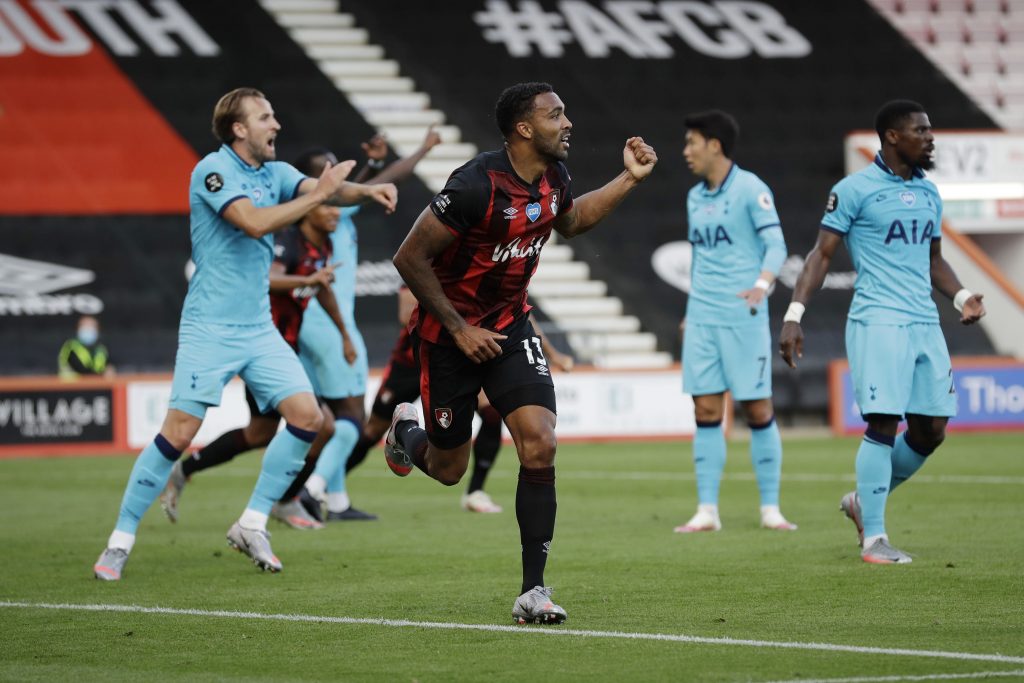 Bournemouth striker Callum Wilson has been linked with a host of Premier League clubs already.

According to Daily Mail, the Cherries want £30m for the 28-year-old striker this summer.

The report claims Everton, West Ham, Tottenham are all interested in signing Wilson but they will have to pay the asking price.

Jose Mourinho wants to bring in an alternative to Harry Kane this summer and he has identified Callum Wilson as a target.

However, the asking price could make things complicated for Tottenham. The Londoners are operating on a strict budget.

It will be interesting to see if they can negotiate a more reasonable fee with the Cherries for Wilson.

The 28-year-old striker scored nine goals for Bournemouth last season and he could prove to be a very useful option for Mourinho next year.

Wilson is too good for the championship and he will be keen on a move back to the Premier League as well.

It remains to be seen whether the player decides to force a move now. If that happens, it could strengthen Tottenham’s position as the buying club.

According to Daily Mail, the likes of Everton and West Ham could offer more game time to Callum Wilson and it will be interesting to see if Tottenham can convince him to join them as a backup for Kane.