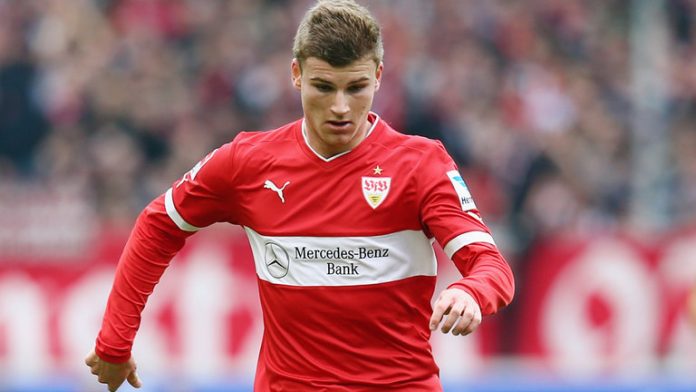 Tottenham have edged closer to winning the Premier League over the last couple of seasons, but a big-money move for a Real Madrid target could finally deliver the success craved by the club’s fans.

The La Liga giants have been linked with a move for forward Timo Werner, but Spurs should pull out all the stops to sign the RB Leipzig star.

Madrid are short of striking options after allowing Alvaro Morata to join Chelsea and Werner is reportedly interested in joining the Spanish club.

However, the 21-year-old has also indicated he would be open to a move to the Premier League, and Spurs would be the ideal destination for the German international.

“So far, I have progressed very well with Leipzig,” he told Sport Bild.

“That is why I do not think what is ahead in one, two or three years.

“Of course I want to play at a big club. But, we have not yet come to terms with the development at Leipzig. Perhaps RB will be a big club too – I’m quite sure.

“In Spain there are a maximum of three clubs with Barca, Real and Atletico Madrid.

“In England there are a few more – Arsenal, Chelsea, Tottenham, Liverpool, Manchester United and Manchester City.

“FC Bayern is also a big club – but for me it is not a topic that I am concerned with.”

Werner impressed for the Bundesliga side last term, bagging 21 goals in all competitions, and has notched another four this term.

Harry Kane is undoubtedly Spurs’ number one striker, but Werner’s addition to the club’s forward options would be a major statement of intent.

Fernando Llorente and Heung-Min Son are adequate back-ups to Kane, but Werner’s ability to play right across the front line would significantly strengthen Spurs’ firepower.

Mauricio Pochettino has assembled a squad capable of getting close to claiming silverware – Werner could be the difference-maker the club needs to finally seal the deal.