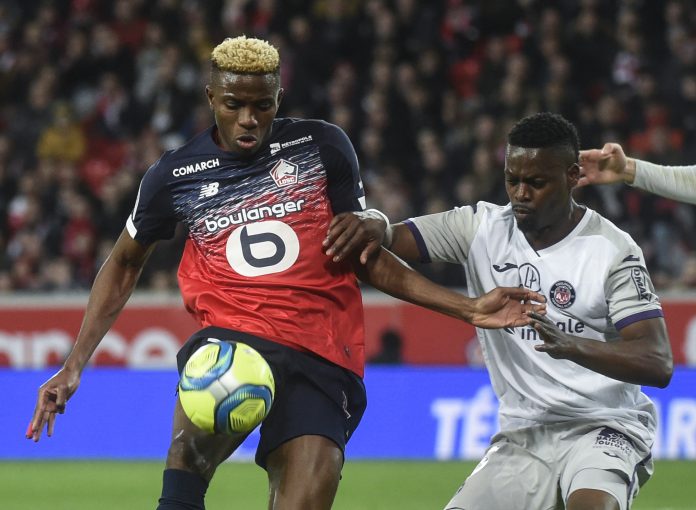 Tottenham could make their move for Victor Osimhen in the next few days.

As per Manu Lonjon, the Premier League club are set to meet with Lille and the player to discuss a transfer.

Osimhen is a target for Italian giants Napoli as well and the Serie A side have already made contact.

Lille will make a final decision on Osimhen’s future by the end of the week.

Osimhen has been outstanding for the French club this past season and he could be a superb long-term addition to Mourinho’s attack. It will be interesting to see if Spurs can beat the competition for his signature.

Mourinho needs to add more depth to his attack and Osimhen would be ideal. The 21-year-old has 18 goals and 4 assists to his name this past season and he could partner Harry Kane in the attack.

When the England international has been injured this season, Spurs have struggled in front of goal. Osimhen’s arrival will give them another quality goalscorer and they will be able to rotate their players during injuries.

It remains to be seen where the youngster ends up this summer. Both Napoli and Spurs would be a step up in his career and they could help him achieve his potential.