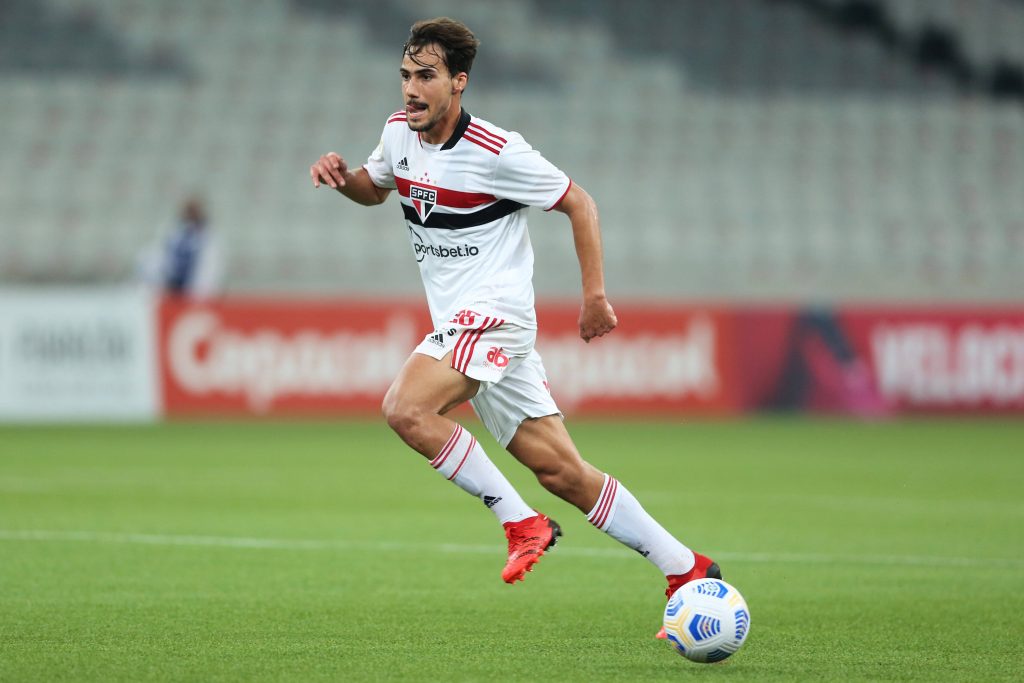 Tottenham Hotspur have made a €10 million (£8.4m) bid for Sao Paulo ace Igor Gomes, according to a report from Homme du Match.

The talented Brazilian starlet has been on West Ham United’s radar, but Spurs are reportedly prepared to pay more than their London rivals.

Nuno Espirito Santo is clearly keen to bolster his attacking midfield ranks at the Tottenham Hotspur Stadium this summer.

And it seems as though the Portuguese has identified the man for the job.

Homme du Match claims that Spurs have made a concrete move to sign the Brazilian ace by submitting an £8.4m bid for him.

That’s tremendous value considering the fact that he can play in central midfield, as a number 10 or on either wing.

The talented South American can even play up front or in the defensive midfield role!

He really is a jack of all trades.

The 22-year-old has great energy, impressive movement, and plays with a real understanding of the game.

A move to the Premier League would obviously represent a huge step up in quality and intensity for Gomes.

However, he has real ability and potential and, if given time to acclimatise, could become a real star at Spurs.