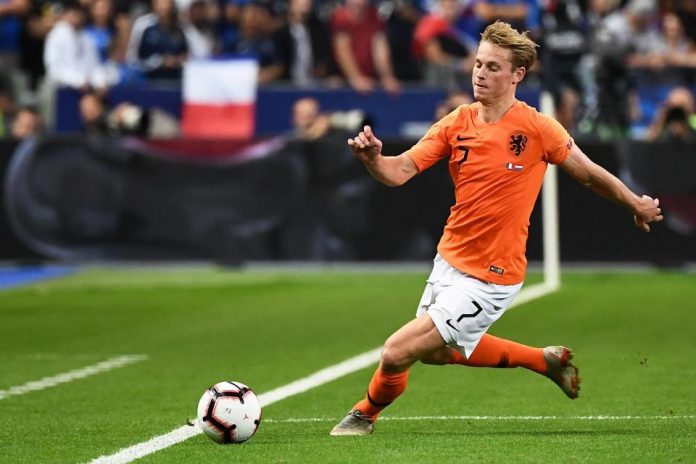 The highly talented midfielder had a fantastic outing against Peru last Thursday and Telegraph are reporting that he is a target for the Londoners.

Mauricio Pochettino is looking to add to his midfield and with Mousa Dembele expected to leave at the end of this season, de Jong could be the ideal alternative.

The Ajax starlet is regarded as a world-class talent and he is being monitored by the likes of Barcelona as well.

Pochettino has done well to nurture the young talents at Spurs and he could be the ideal manager for Frenkie de Jong. The 21-year-old needs to play regularly at this stage of his career and a move to Barcelona might not be ideal just yet.

The report adds that Tottenham could make a January move for the player and it will be interesting to see if they can persuade the Dutch giants to part with their prized asset. Spurs tried to sign him in the summer but their offer was turned down.

Here is how the Tottenham fans reacted to the speculations.

Frenkie De Jong. Do it @SpursOfficial

Dear @SpursOfficial do everything u can to sign frank de jong, he is absolutely top drawer and would love to see him in the lily white shirt!! Class act! Cheers