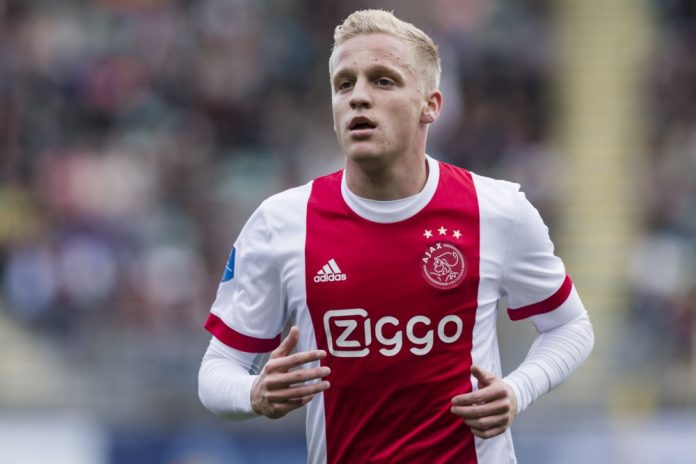 The 20-year-old has already established himself as a starter at Ajax and the Londoners are impressed with the young midfielder’s performances so far.

Van de Beek made 48 appearances for the Eredivisie giants last season and he managed to contribute to 15 goals (6 goals and 9 assists) during that time. He has had an impressive start to this season as well.

The young central midfielder, who came through the club’s academy, has made 13 appearances for Ajax in all competitions this season. Van de Beek has represented Holland at every youth level and he was recently called up to the senior squad as well.

Tottenham could certainly use another central midfielder but it is unclear whether the player is ready to play in the Premier League yet. Van de Beek is a prodigious talent but he needs to develop further before he can be a regular for a club like Spurs.

It will be interesting to see how Ajax react to this interest in the player. They opposed the sale of Davinson Sanchez to Spurs in the summer and they will not let go of van de Beek easily.