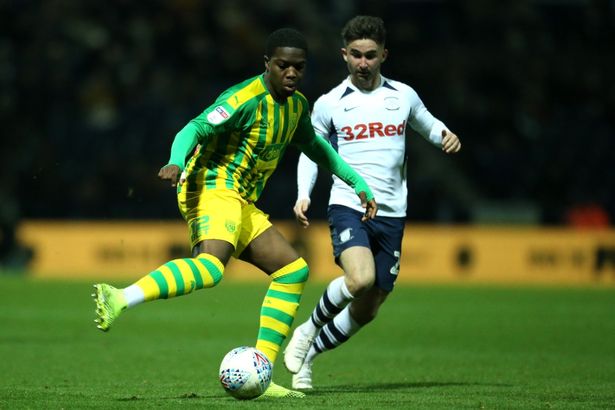 According to Daily Mirror, the Londoners are currently leading the chase for the 19-year-old. Apparently, they have been monitoring the youngster for a while now and they have made a number of checks on him this season.

Ferguson has made quite the impression in the Championship this season and it is no surprise that Premier League clubs are looking at him.

He has the potential to play at this level and Spurs could be a good move for him.

The Londoners have done well to develop young full-backs like Walker and Rose over the years and they could help him fulfill his potential.

Also, Spurs would be a massive step up from WBA and therefore the player might not need too much of convincing.

Ferguson will be out of contract in the summer and he hasn’t signed a new deal with WBA yet. Spurs should look to offer some money and sign him now.

WBA won’t risk losing him on a free transfer at the end of this season.

The youngster has impressed as a right-back under Bilic and Mourinho could do with someone like him. The Londoners need a reliable right back right now.

Having said that, he will need time to adapt and perform at this level for Spurs.