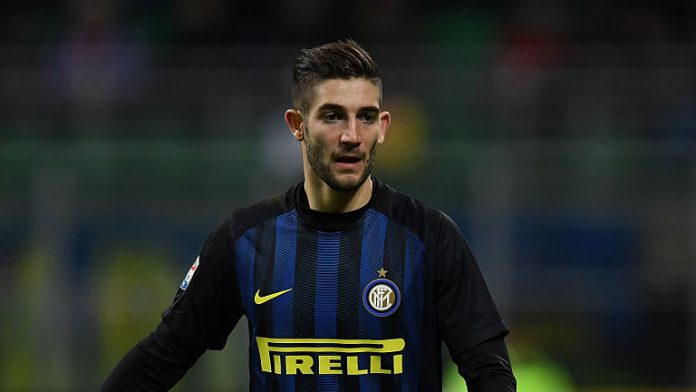 Tottenham Hotspur have been linked with a move for Inter Milan midfielder Roberto Gagliardini.

Tuttomercatoweb has claimed that Spurs are competing with Atletico Madrid to sign the 24-year-old.

Spurs boss Mauricio Pochettino has said he is unsure if the club will make any signings before the transfer window shuts on August 9, having made no additions to their squad this summer.

Gagliardini began his career with hometown club Atalanta, playing for their youth teams before progressing to the reserves.

He was promoted to the first-team squad for the 2013/14 season. The midfielder made his senior debut in an Italian Cup tie against Sassuolo in December 2013.

He subsequently went on to enjoy loan spells at Cesena, Spezia and Vicenza, before returning to Atalanta in 2016.

Gagliardini joined Inter on loan in January 2017, with an obligation to buy this summer. He has made 51 appearances for the club, scoring twice.

Gagliardini played 13 times for Italy’s U20 and U21 teams, and has also been capped on four occasions at senior level.