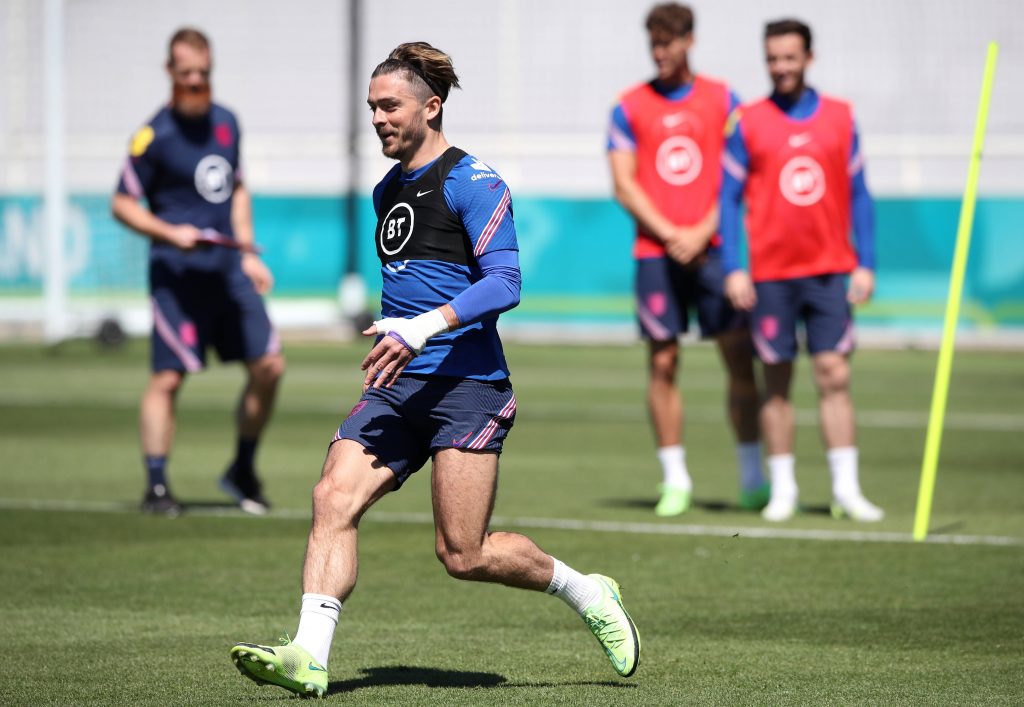 England kick-off their European Championship campaign with a clash against Croatia on Sunday and Aston Villa talisman Jack Grealish has been widely tipped to play a starring role for the Three Lions at the tournament.

Manager Gareth Southgate has yet to confirm whether he will include the attacking midfielder in his starting XI, but Tottenham Hotspur coach Ledley King would not hesitate to do so if he had his way.

The former England international centre-back has revealed that he is a big fan of the Villa star, showering praise on him ahead of the Euros.

“I’m a big, big fan of Jack Grealish, Mason Mount and Phil Foden, but how Gareth Southgate gets them all in the team, I’m not sure!” King told Standard Sport.

“Grealish reminds me of Gazza — that arrogance, that confidence. He doesn’t release the ball unless he finds the best option.

“That’s something I like — he doesn’t release for the sake of it. That’s why he gets fouled so much – he’s always waiting for the best option.”

Grealish was in inspired form during the Premier League campaign before injury struck, scoring six goals and assisting 10 assists in 26 games.

While King reckons Southgate could have a selection headache, his former boss at Spurs Jose Mourinho has urged the Three Lions boss to play the Villa skipper in his preferred position – the left side of the attack.

The Portuguese wants Foden on the other wing and Mount playing through the middle behind Harry Kane.

José Mourinho picks his England starting XI for the first game of #EURO2020 .

What do you make of this? 🤔 pic.twitter.com/sQuj1WUNWz

Such attacking formation would sure yield a lot of goalscoring chances given the creativity levels of the quartet, but Southgate has the final say and is likely to have other ideas.

Whichever formation and gameplan England deploy, Grealish should be crucial to their success, and all Villa fans will be hoping he proves his detractors wrong on one of the biggest football stages.