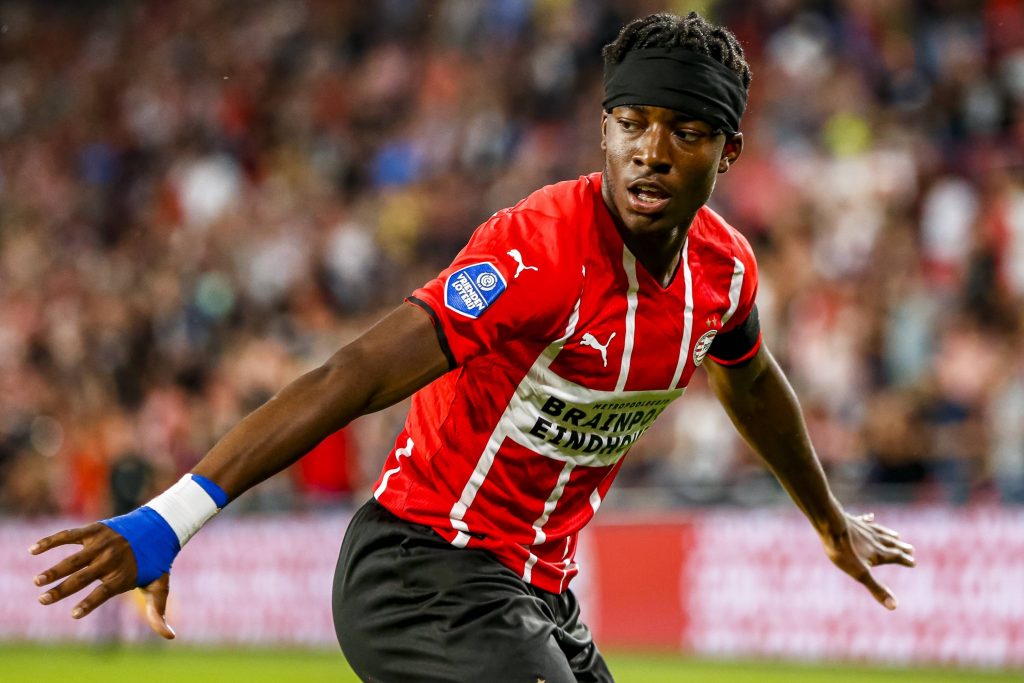 According to Fabrizio Romano the club are keen on the player, but he is not considered a priority.

Three names on the list. Adama, now priority. Madueke appreciated but PSV want to keep him.

The 19-year-old is a versatile player and can play across the front line.

He started as an attacking midfielder before being deployed mainly on the right flank.

Endowed with a wonderful left foot, he thrives in one-on-one situations.

In positions where he gets the ball facing his back to goal, he is confident in his ability to beat defenders.

In eight games this season, Madueke has scored six goals and registered one assist.

One significant weakness in his game is his tendency to avoid using his weaker foot. This sometimes makes him predictable and easy to read.

However, his physical and technical abilities, coupled with his young age, make him one of Europe’s finest talents.

If Spurs are looking to remodel their side, they must look no further than the Englishman.

Like Jadon Sancho, Madueke will be eager to return to England and showcase his abilities at the highest level.

Read also: Tottenham suffer a massive blow in the race for Dusan Vlahovic.