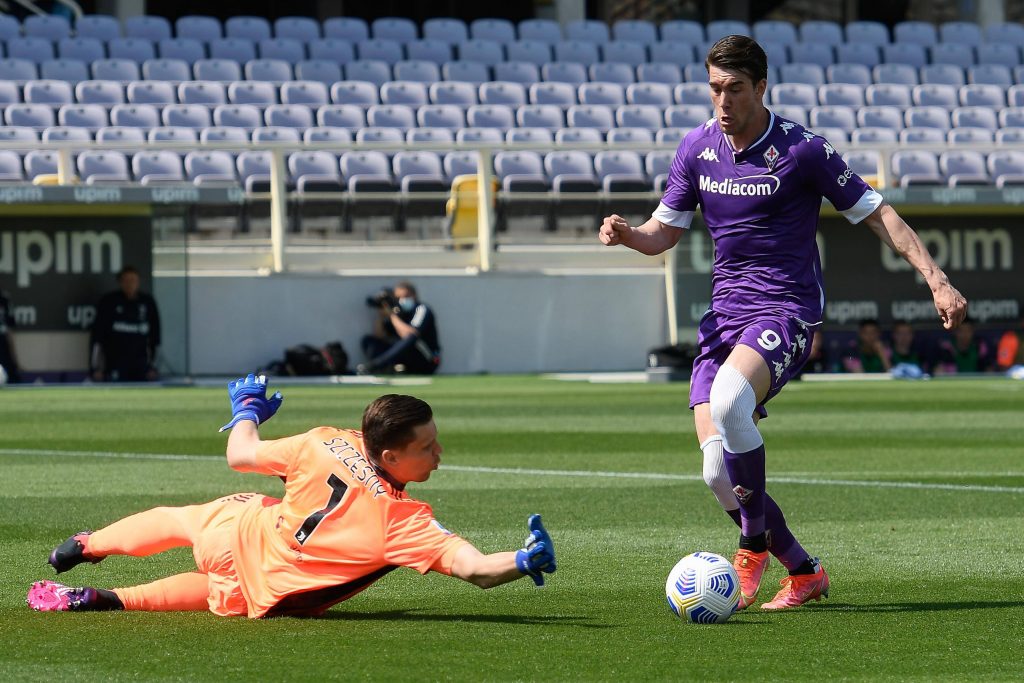 Tottenham Hotspur and Liverpool have been handed a boost in their pursuit of Fiorentina striker Dusan Vlahovic.

According to Italian journalist Nicolo Schira, the Serbian has rejected a new four-year deal worth €2 million-per-year. His agent is working on his exit from the Serie A outfit this summer.

AC Milan, AS Roma, Atletico Madrid, Borussia Dortmund, Juventus and RB Leipzig are also keen on Vlahovic. More clubs will likely join them in the race as he continues to impress.

There isn’t no agreement about Dusan #Vlahovic‘s contract extension. The striker has rejected the first bid of #Fiorentina (€2M/year until 2025). His agent is working to move him. Many club have shown interest (BVB, Leipzig, Atletico, Tottenham, Juve, Milan, ASRoma) #transfers

The 21-year-old has bagged 19 goals and three assists in 33 Serie A games this term after ending last season with just six league goals.

With Tottenham not looking to sign Benfica loanee Carlo Vinicius permanently at the end of the season, bringing in Vlahovic would be a sensible move.

Harry Kane’s immediate future at the north London club is also in doubt, but incoming and outgoing transfers at the club this summer will depend on who the next manager is.

The youngster will likely favour a move to where elite European football is available, and Liverpool will have to qualify for the Champions League to have a chance in the race.

According to Inside Futbol, the Reds have spoken with Vlahovic’s agent, and things are at an advanced stage.

Liverpool need to make quality additions to their attack this summer after the collapse of their title defence.

The Serbian international appears ready to move to the next level after rejecting Fiorentina’s extension offer.

In other news, Everton and Leicester City have joined Spurs in the race for 30-goal striker.