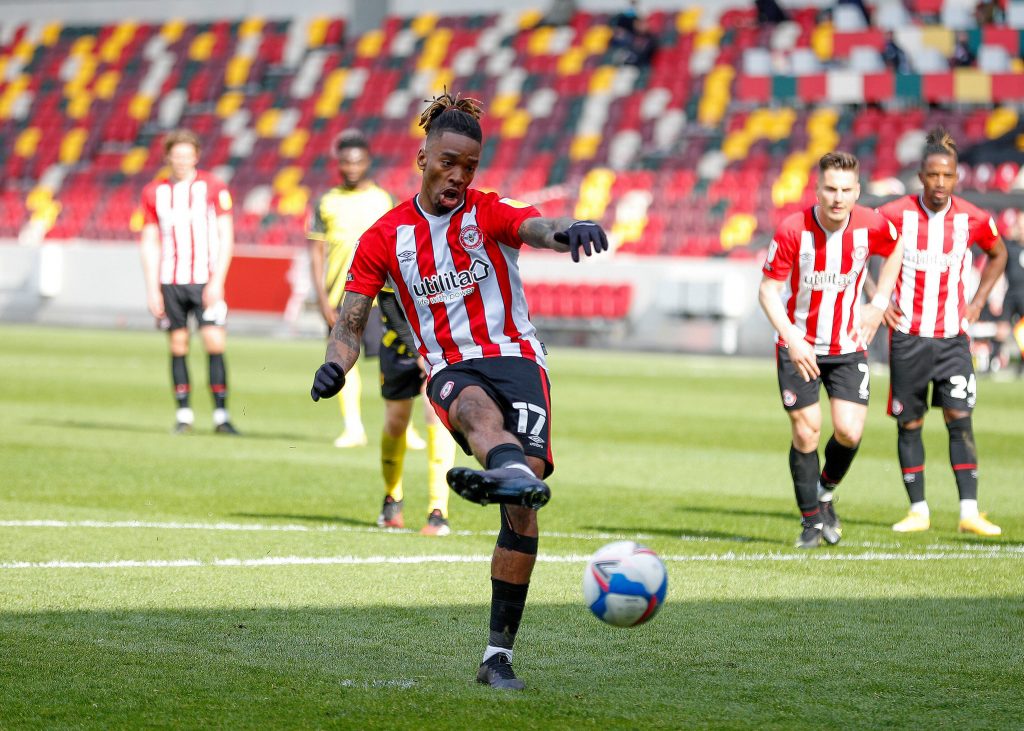 Leicester City and Everton are preparing bids for Brentford striker Ivan Toney once the season has ended, according to The Athletic’s Adam Leventhal.

The 25-year-old has scored 30 goals and assisted another 10 in 44 Championship appearances this term, and his form has also caught the attention of Tottenham Hotspur.

Arsenal, Leeds United and West Ham United have all been linked with Toney, and more clubs are expected to join them in the race for his signature in the coming weeks.

Everton have struggled for consistency this term, and that could end up proving costly as far as their dreams of playing European football next season go.

While Dominic Calvert-Lewin and Richarlison have been involved in 24 Premier League goals thus far this term, manager Carlo Ancelotti could do with a top goalscorer next season.

The Toffees have been linked with Manchester City’s Sergio Aguero, but landing the 32-year-old as a free agent ahead of other suitors offering Champions League football and a realistic chance to win more silverware could prove difficult.

£30 million-rated Toney is hungry to prove himself in the top-flight and could become Everton’s next Romelu Lukaku if brought to Goodison Park.

Leicester need a long-term replacement for Jamie Vardy despite Kelechi Iheanacho’s recent exploits, and they could pip other admirers to the Brentford star with the offer of Champions League football.

Toney is not guaranteed regular playing opportunities at Tottenham if Harry Kane remains at the club this summer.

If the Bees fail to secure Premier League promotion, a move to Leicester or Everton could make a lot of sense.

In other news, Everton reportedly house-hunting for Brazilian attacker ahead of a summer move.