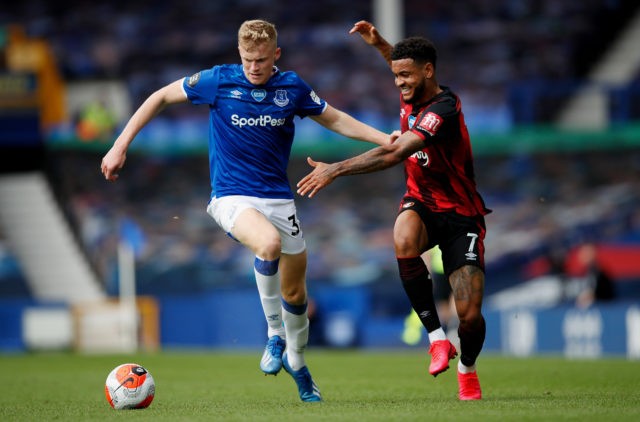 Tottenham Hotspur fans have taken to social networking site Twitter to express their reactions to reports linking the club with a move for Joshua King.

According to reports from Football Insider, Bournemouth striker Joshua King has emerged as a target for seven-times European champions AC Milan.

The Italian giants, however, could face competition from Premier League club Tottenham Hotspur.

The 28-year-old has just one year left on his contract at the Vitality Stadium and he looks set to leave the club following their relegation from the Premier League.

The Cherries have already lost Nathan Ake who joined Manchester City for a fee of £40m. Also, goalkeeper Aaron Ramsdale has been offloaded to Sheffield United.

Bournemouth could lose the likes of David Brooks and Callum Wilson as well. And it seems, King could leave the club this summer.

Spurs have also registered an interest in the striker as they are looking to a back-up striker to Harry Kane this summer.

He fits the bill more than Callum Wilson. Can play as a 9 or out wide in a front 3 …

Yes!! No this rumour is one I can get behind.

Would be ideal backup for Kane; has an eye for goal, good experience in the prem, quick and agile too, good work ethic.

Also perfect for Levy as his price tag should be low with only a year left on his contract.

Out of all the strikers we’ve been linked with , I will take him … realistically

Depending on a fee, think this is a sensible signing. Can play upfront or on the wing. Think he also counts as a home-grown too after starting at United

Why have we been looking at Callum Wilson for then? Their goal contribution isn't far off from one another, and Josh is perhaps more versatile as well. Plus 1 year left.

King managed 27 games across all competitions last season, where he scored six goals and provided four assists. However, it wasn’t enough to prevent Eddie Howe’s side getting relegated.