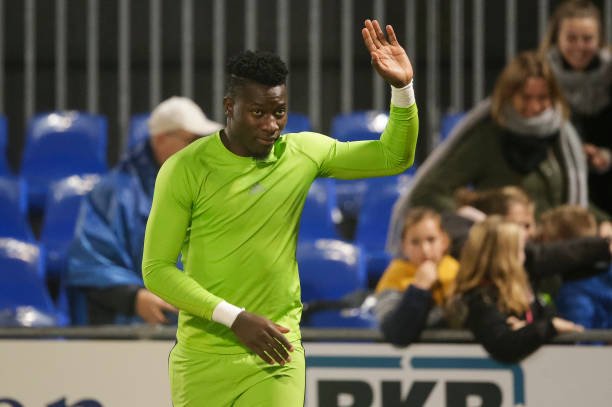 Tottenham Hotspur fans have taken to social networking site Twitter to express their reaction to reports linking the club with a move for Andre Onana.

According to reports from the Daily Mail, Onana has put potential suitors on red-alert after deciding he wants a move to the Premier League in the summer.

The 23-year-old is ready to quit the Amsterdam club and would likely cost between £40-50million.

The report claims that Onana’s preferred destination at this stage would be Chelsea. However, he is interested in a move to Tottenham as well.

Many Spurs fans feel that he would be a good signing for the club. There are others who feel that Spurs do not need a new goalkeeper at the moment, as they already have two solid goalkeepers in Hugo Lloris and Paulo Gazzaniga.

Need to make sure we get him.

No thanks, was crap when we played them and definitely the cause of pathetic time wasting which allowed us the time to get that beautiful 3rd goal

But Paulo and Hugo are both incredible goalkeepers there's no need

We have Hugo Lloris and Paulo Gazzaniga, Onana it's a good gk but I think that we have enough

Excellent keeper. Would be a good deal.

However, Lloris 33 and out of contract in June 2022. So, the north London club could be in the market for a new keeper this summer.

The Cameroon international has made 171 appearances for Ajax since joining the club from Barcelona in 2015.

Onana has a contract at the club till 2022, but he feels he is now ready to move elsewhere. He was nominated for best goalkeeper of 2019 at this year’s Ballon d’Or.