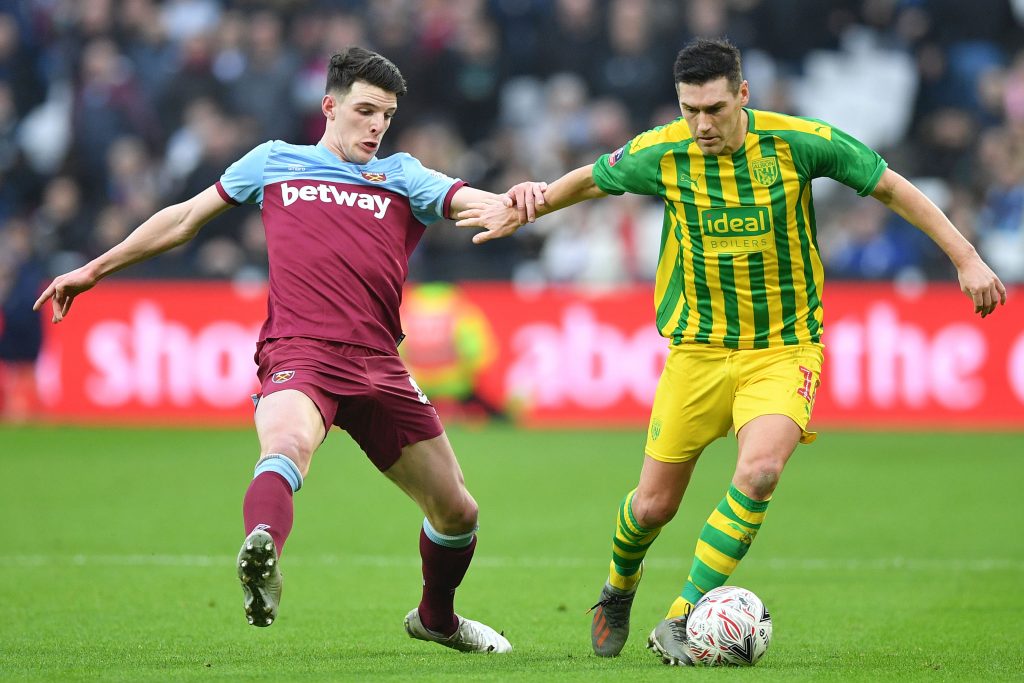 Tottenham Hotspur could be prepared to offer Eric Dier in a part-exchange deal to sign midfielder Declan Rice from West Ham United this summer, a report from 90min claims.

Rice has been an integral part of the Hammers midfield over the past two-and-a-half years but it has been recently suggested that he could be sold by the club due to the financial impact of the COVID-19 pandemic.

Chelsea and Manchester United have been highlighted as some of the interested candidates but 90min claims that Spurs are also looking at the possibility of signing the England international.

The same publication adds that the north London outfit may offer Dier as a makeweight in order to entice the Hammers to reduce their £70m price tag for Rice’s services.

Dier currently has 14 months remaining on his contract with Jose Mourinho’s side but it has recently been claimed that he will be rewarded with a new long-term deal.

The 26-year-old has been inconsistent with his form over the past few years and he has been restricted to only 10 league starts this term – two of which came at centre-back before the coronavirus shutdown.

A switch to a new club could change his fortunes and it remains to be seen whether the Hammers hold any interest in signing him in a player-plus-cash deal for Rice.

Meanwhile, Rice suits Spurs’ philosophy of signing young English players with a view to a long-term project but they would have to pay a sizeable fee, even if Dier is included as part of the transfer proposal.