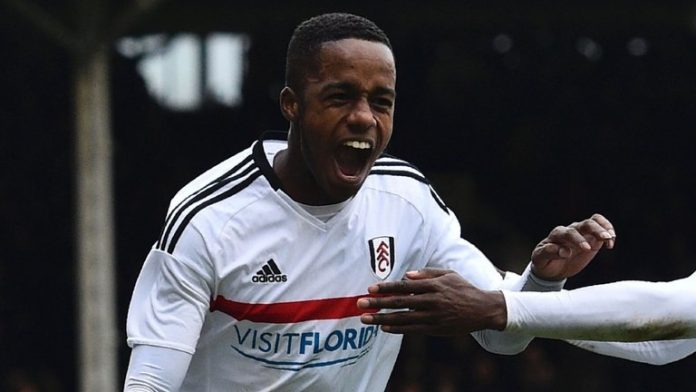 Tottneham and Man Utd’s hopes of signing Ryan Sessegnon have been handed a big boost by Fulham manager Slavisa Jokanovic.

Sessegnon highlighted his quality by scoring twice in Fulham’s 4-1 win over Ipswich on Tuesday.

Tottenham have long been interested in the teenage left-back, while it has been claimed that United are planning to make an offer for Sessegnon during January and that they would be willing to loan him back to Fulham.

Jokanovic admitted that he would like to hang on to Sessegnon, but that the decision isn’t his to make.

“I don’t know if these clubs are interested in this player,” Jokanovic told West London Sport.

“People around him are clever enough to know that after 50 games for us he is in a very good situation.

“This decision is not in my hands. It is not my decision.

“But Fulham don’t want to sell him and the kid doesn’t say anything (about leaving), so I am thinking about him for the future for the season ahead of us.”

Spurs are on the lookout for another left-back with Danny Rose continuing to struggle with injury.

United, who have been linked with a move for Rose, also need to strengthen their left-back options with manager Jose Mourinho unconvinced that Luke Shaw is up to the job.

Sessegnon looks likely to step up to the Premier League sooner rather than later and a £30 million fee plus add-ons could tempt Fulham into selling.