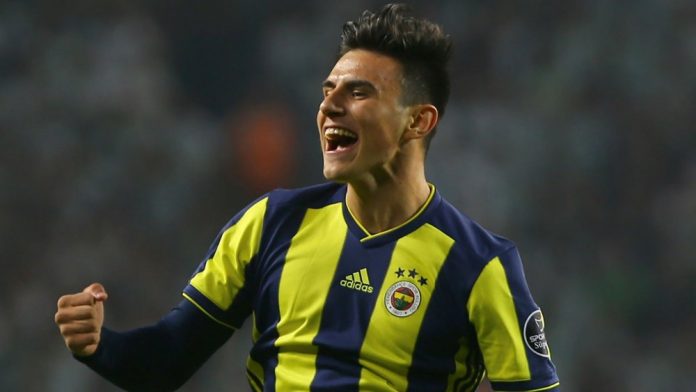 According to reports from Turkish media (h/t Four Four Two), Tottenham Hotspur have made an official bid to sign Fenerbahce midfielder Eljif Elmas.

The 19-year-old is a player in-demand with the likes of Inter Milan, Napoli, Fiorentina and Atletico Madrid all vying for his signature.

The report claims that the Turkish giants need to sell the Macedonian midfielder in order to fund the rebuilding of the squad ahead of the next season.

The youngster made 29 appearances in Turkey last season, scoring four goals. Spurs could offer Vincent Janssen as a part of the deal as well.

After failing to sign a single player in the past two transfer windows, Spurs are expected to remain busy this summer.

The north London club are set to sign Jack Clarke from Leeds United and are closing in on Lyon’s Tanguy Ndombele on a club record transfer deal.

Spurs have submitted a €15m bid (£12.6 million) for Elmas which suggests Mauricio Pochettino is serious about landing him.

Some Spurs fans have taken to social networking site Twitter to express their reactions after the news broke out. Here are some of the selected tweets:

If it’s true, levy should make it happen, young and talented, an upgrade of winks, but can also play along side winks in that midfield.

Good prospect if we can get him at that price

this guy is very talented. i’m both supporting spurs and fener and this transfer will help both clubs. spurs, for squad depth. fener, for economic issues.

And give others a fight for places

His still almost the same with Savic. very strong although he is 19 years old