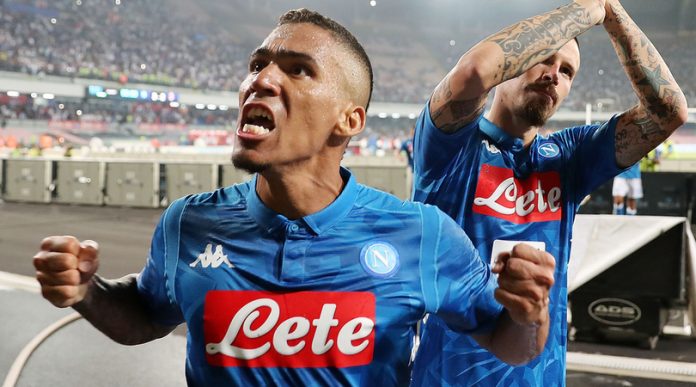 Tottenham have been linked with a move for the Brazilian midfielder Allan.

The likes of Wanyama and Dembele have been linked with moves away from the club this season and Pochettino will need to bring in a replacement.

Allan could be a superb addition for the London outfit.

Apparently, Pochettino wants to sign the midfielder in January and he is preparing a bid of €40M. It will be interesting to see if the Londoners can convince Napoli to sell a key player midway through the season.

Napoli are tough to negotiate with and Daniel Levy might have to wait until summer to get his man.

The Brazilian is one of the best midfielders in Serie A and he has proven himself with Napoli. It is evident that the midfielder is ready for a step up and a move to the Premier League could be ideal.

Tottenham fans have reacted to the reports linking them with the Napoli star.

Here are some of the best reactions from Twitter.

This would be a good signing for us, breaks up the play and non stop running in midfield

He’s an absolute gun, but as a Napoli fan also I’d be conflicted

Napoli wanted Dembele for years too FWIW though

Would be an amazing signing

This would be a smart signing, but it costs money. Levy will hard pass