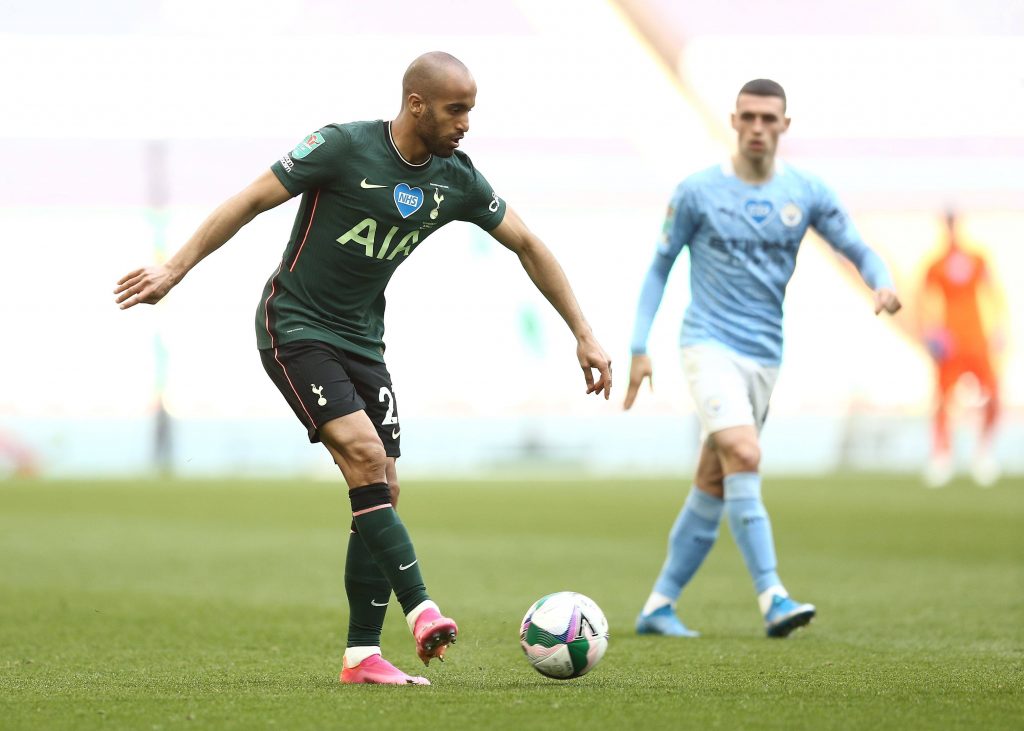 Manchester City won the Carabao Cup for a record-equalling fourth time in succession after beating Tottenham Hotspur 1-0 on Sunday.

Aymeric Laporte scored the only goal in the closing stages of the match to lead the club to the trophy.

Despite the defeat, many Spurs fans were impressed with Lucas Moura’s performance, with some even claiming he was their best player.

City were clearly the better side of the two. However, after the break Spurs did look a lot more threatening going forward, especially on the counter-attack.

Moura was superb before being replaced by Gareth Bale in the 67th minute, and many fans felt that was a wrong decision taken by Ryan Mason.

Harry Kane, who was doubtful for this game, made a minimal impact but there were also poor performances from other players.

Heung-min Son was in tears on the pitch after the final whistle, but he did little to impress during the 90 minutes.

Here are some of the best reactions about Moura’s display from Spurs fans on Twitter:

Lucas Moura looked like our most dangerous player today. Still can't work out why he got taken off? #COYS #THFC

Moura, Moura 😱
Been our best player

Moura off? Spurs’ best player for me… 🧐

Moment Lucas Moura was subbed for Bale you know they will play with 10 men. Lucas was their best player moving and causing City problems and also defending well.

Can't bring Lucas off. Has to be Son. Been poor. Moura been the best player for us

Tottenham will turn their attentions back to the Premier League on Sunday as they host Sheffield United.

They are currently seventh in the table, five points behind fourth-placed Chelsea with five games remaining.

In other news, Tottenham have been linked with a move for Northampton Town teenager Caleb Chukwuemeka.