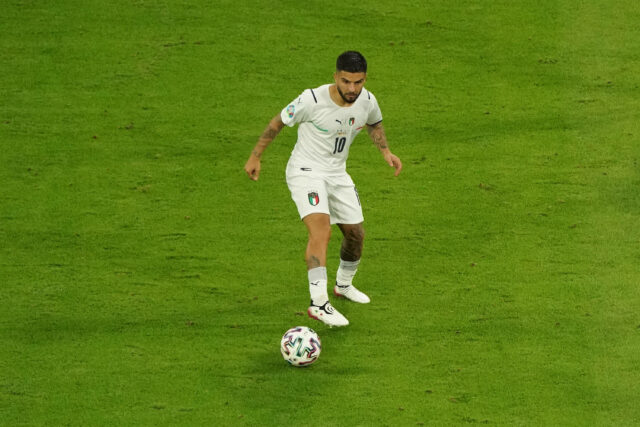 Tottenham Hotspur fans have taken to Twitter to express their reaction to reports linking the club with a move for Lorenzo Insigne.

Spurs have been linked with a host of Serie A players already, with Fabio Paratici’s obvious Italian connection being the central reason.

According to Corriere dello Sport, Tottenham and Barcelona are interested in signing Insigne, who scored a cracking goal against Belgium at Euro 2020 last week.

The 30-year-old, who progressed through the youth ranks at the club, has made over 395 appearances since breaking into the senior side in 2010.

He has scored 109 goals for the Serie A giants in all competitions.

Insigne has a contract at the club until 2022, and Napoli are struggling to convince him to agree to a new deal.

He has always remained loyal to the Italian club but now wants a significant pay rise. He is on £82,000-a-week wages at Napoli and feels he should be earning more.

Spurs have contacted the player’s agent already, with the north London outfit aiming to get him on a cut-price deal.

With Spurs operating on a tight budget, getting Insigne at a reasonable price won’t be a bad move.

However, many Spurs fans are not convinced, with many suggesting that Insigne won’t cut it to the pace of the Premier League. Here are some of the reactions on Twitter:

More chance of us signing Sol Campbell than this happening

At 30 he's a depth player at best who could add some quality.

I love insigne but I don’t understand how this fits into a strategy. It’s like we’re just wandering through a market lingering over shiny things

Too lightweight for the prem

Read: Tottenham reportedly want to bring 25-year-old back to the PL.