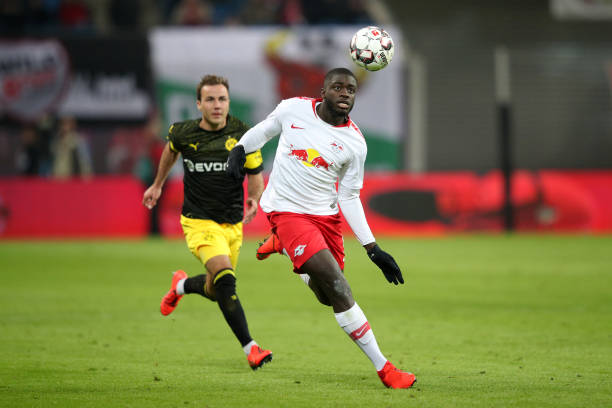 Tottenham are thought to be keen on signing the Leipzig defender Dayot Upamecano.

According to a report from Bild (translated by Sun), the player has interest from Spurs and Arsenal.

Furthermore, the youngster dreams of a move to the Premier League.

It will be interesting to see if the Londoners make a move for Upamecano in the summer. Both clubs could use a top-quality defender in their lineups.

Earlier this week, there were reports of Mourinho scouting the player himself.

Jose Mourinho will be hoping to rebuild his defence in the summer and Upamecano would be an ideal addition. He has the potential to develop into a world-class player.

With Vertonghen expected to leave and Alderweireld in his 30s, Spurs need to bring in a long term partner for Sanchez.

As per the report, the 21-year-old will be available for a fee of around £50m at the end of this season because of a release clause in his deal.

In today’s market that seems like a good price to pay for a player with such high potential.

Tottenham have the resources to pull this off. They also have a world-class manager in charge who will be able to convince someone like Upamecano.

It will be interesting to see where the Frenchman ends up eventually.

He’s been class this season. Motm vs Bayern Munich

Yes get him n Timo break the bank

yes get him to play with japhet tanganga

YES, finally. Upamecano and tanganga would be perfect. Or add In Toby for a back 3 with sessegnon left back and Aarons rb.