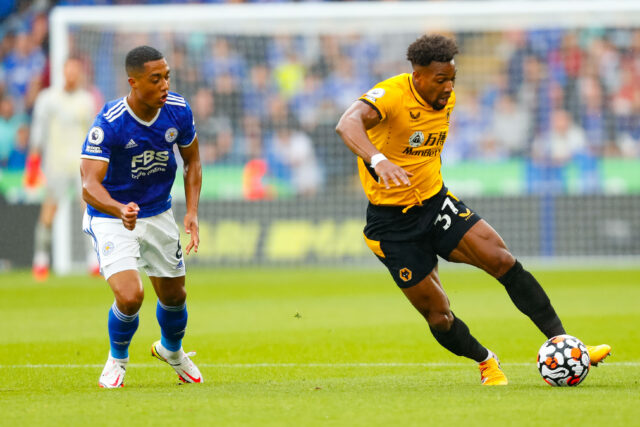 According to Spanish publication AS, Nuno Espirito Santo wants to reunite with Traore after working with him at Molineux.

The 25-year-old has been linked with his Liverpool, but it seems Spurs are now looking to make a move to sign the Spaniard.

The report claim that the winger is valued at £34 million, and Daniel Levy is willing to meet the asking price.

Cash strapped Wolves are looking to sell some of their key players to fund moves for new arrivals.

They could be willing to offload Traore, and the transfer would suit all parties involved.

He failed to make an impact last season under Nuno at Wolves, but it seems the Portuguese still wants him at Tottenham.

Traore is one of the fastest players in the Premier League, but his decision making in the final third often leaves a lot to be desired.

Many Spurs fans feel that he would be a good signing for the club, but the price quoted for him is a bit too much.

Check out a few of their reactions on Twitter.

£40m for a player the manager probably wants to sign! He can get the best out of him, I think he’d be a great signing 💪🏿🚀

I’d actually take him but €40M is too much

Pace and power w/ no brains. We need more intelligent players on the pitch

Could be a good addition to the squad!

Way to much for essentialy a faster Bergwijn