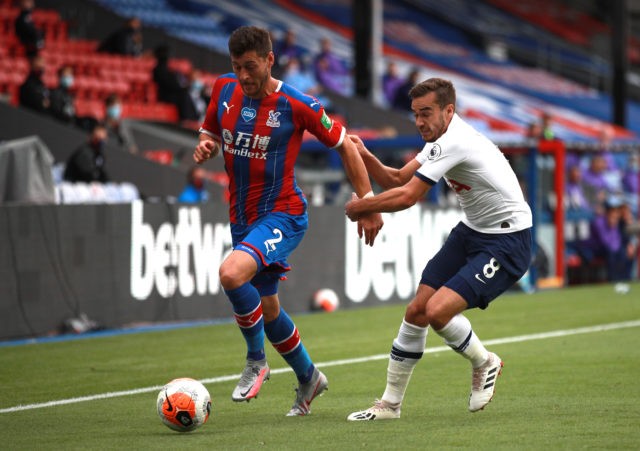 Tottenham Hotspur fans have taken to social networking site Twitter to express their reaction after reports broke out yesterday that Manchester City are plotting a shock move for Spurs midfielder, Harry Winks.

According to reports from The Sun, Jose Mourinho could allow Winks to leave the club this summer if they can draw a bid in the region of £40million with City keen.

Pep Guardiola is a keen admirer of the England international. The 24-year-old’s style of play mirrors the type of football Guardiola plays at the Etihad, and it is no surprise that the Spaniard is so fond of him.

However, after Jose Mourinho signed Pierre-Emile Hojbjerg from Southampton this week, the Portuguese could feel the need to offload some of his players.

Spurs do not have a high transfer budget, and therefore Mourinho could be tempted to sell him if they receive a handsome offer.

Many Spurs fans feel that Winks should not be sold as he is a homegrown product. There are others who feel there are better midfielders available in the market, and Spurs should let him go. Here are some of the selected tweets:

No thanks, homegrown and one of our own, press resistant, good at recycling the ball and keeping possession
there is a reason pep is interested for 2 seasons now but our fans are too blinded by emotions that they know better than a 2 time champions League winning manager

I’d take £40 million for Winks without hesitation, could buy an established European midfielder for that

I like winks. But I do agree he ain't good enough. We are short of homegrown players though. Can't see him going

Amazing how many Spurs fans slate Winks yet Guardiola thinks he’d improve the City squad! A great player when in his strongest position

£30M or more, and i'd take it every day of the week. Imagine if we could use that money to get Skriniar, without having to give up Ndombele.