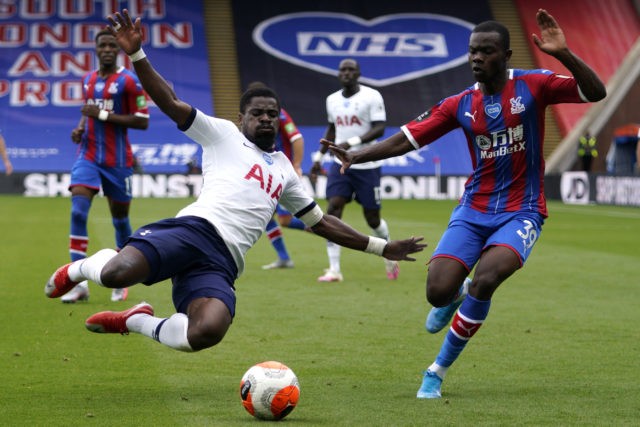 According to a recent report from Sky Sports Germany, Bundesliga outfit Bayer Leverkusen have registered an interest in signing the 27-year-old.

Aurier was a regular starter for Spurs last season at right-back. He played in almost every game, but numerous reports have suggested that he wants out of the club.

Someone take him out quick 🤨

Good get rid and replace…

This is great news

Last week The Times claimed that Serie A giants AC Milan are edging closer to signing Aurier from Tottenham this summer.

Aurier has a contract at Spurs till 2022. Although it is unknown at this stage how much potential clubs are willing to pay for Aurier, Spurs are likely to demand in the region of €20m for him.

The 27-year-old joined Spurs from French outfit Paris Saint-Germain in 2017. He has made over 80 appearances for the north London club in all competitions.

Last season, Aurier made 33 appearances in the Premier League. He scored one goal and provided five assists in the league.

However, he was inconsistent with his performances last season, and it seems Spurs are looking to offload him.

Spurs have already offloaded Kyle Walker-Peters who joined Southampton permanently, having impressed for them last season on loan.

The north London club have already signed Joe Hart and Pierre-Emile Höjbjerg, and it remains to be seen whether they sign a new full-back this summer.