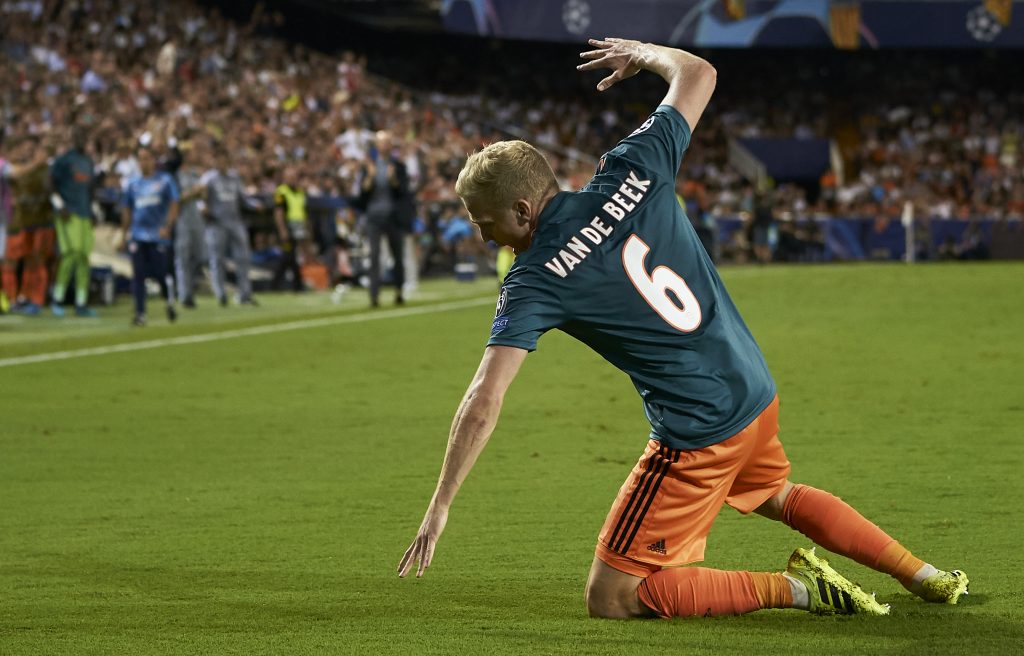 Tottenham have apparently made enquiries for the Ajax midfielder Donny van de Beek over the past year.

The 22-year-old Dutchman has been outstanding for Ajax in the Champions League and his performances have caught the eye of Real Madrid as well.

Spurs are thought to be keen on the player as well (via Football London). It will be interesting to see if they make their move for the player anytime soon.

Van de Beek would be a terrific addition to Spurs’ midfield. They need a box-to-box midfielder like him with creative duties. He could form a good partnership with Ndombele next season.

However, the player is thought to be valued at £47 million and he is expected to join Real Madrid.

If Los Blancos are serious about signing him, Spurs will have to admit defeat in the chase.

It is highly unlikely that Van de Beek would turn down the lure of Bernabeu in order to join Jose Mourinho’s side.

The links with Van de Beek have left the Tottenham fans excited but the move seems quite unlikely at this stage.

Here is what the Spurs fans had to say on Twitter about the transfer rumour.

Would be a Dream come true

Go get him, Thomas M from PSG and bring bale back!

Would be nice, soften the blow of Chelsea getting Ziyech.

Love the player preferred him over Ndombele. Spurs wnt buy though but what a talent!