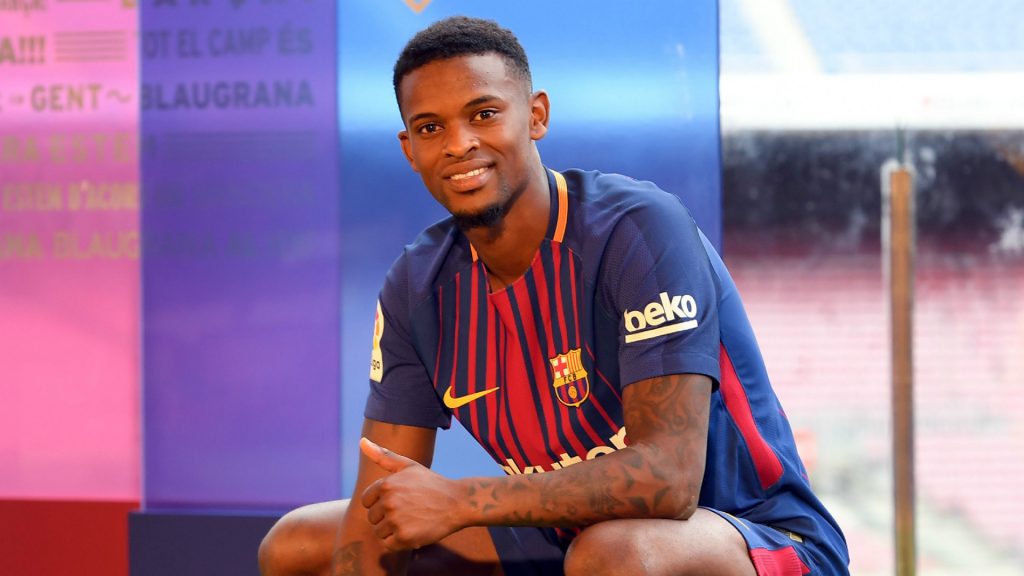 Tottenham are interested in signing the Barcelona full-back Nelson Semedo.

The attacking right-back has fallen out of favour at the Catalan club and a move to Spurs might be beneficial for his career.

He has made just 11 starts in La Liga so far and Sergi Roberto has been the preferred choice in most games. Semedo needs to join a club who will allow him to play more often.

A move to Tottenham would give him the opportunity to regain his confidence and sharpness.

Jose Mourinho needs a quality right back as well and Semedo could prove to be a good addition.

According to Eldesmarque, Mourinho is prepared to pay €36m for the defender. However, Barcelona want close to €50m for the player. It will be interesting to see if the Londoners manage to agree on a deal with the Spanish outfit this month.

Semedo is very impressive going forward and he will add a lot to Spurs’ attack as well. The technically gifted full-back is very good with his passing and dribbling.

Currently, Aurier and Walker-Peters are the only options for Mourinho and both of them can be inconsistent.

The Portuguese has the talent to develop into a quality right back with some coaching. A spell under Mourinho could do wonders for him.

Semedo can fill in as a left-back as well and his versatility would be an added bonus.