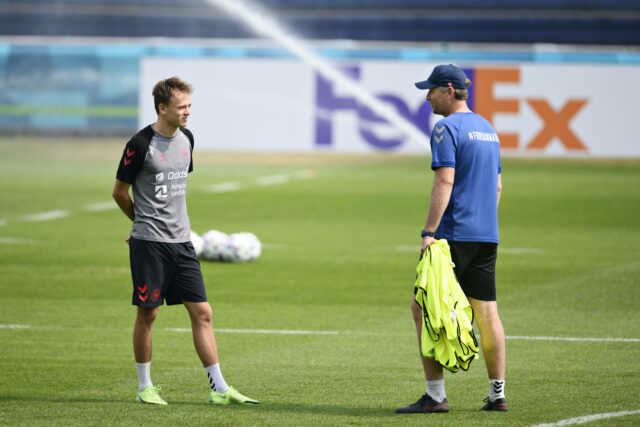 According to reports from Club Doria, Spurs are eyeing the Sampdoria midfielder, who is currently playing in the European Championships for Denmark.

Spurs are without a manager at the moment, and they are missing out on potential targets as a result.

The report claims that Paulo Fonseca, who was close to joining Spurs before talks broke down, would have been keen on signing the player. He previously worked with him at Roma.

Damsgaard is one of the bankable assets for Sampdoria. He has suitors in Europe, especially Tottenham.

Sampdoria chief Massimo Ferrero is asking for more than €20 million for the exciting winger.

While he is well within Tottenham’s budget, the managerial circus at the club means the move appears to be off.

Damsgaard is playing well for Denmark in Euro 2020, and he could draw attention from other big European clubs.

Frankly, Tottenham’s situation is a mess.

On one hand, the club is struggling to appoint the right profile of manager, while a long transfer saga regarding Harry Kane awaits.

The 20-year-old is an exciting young talent, and he would be a fantastic addition for the club.

However, Spurs must sort out their managerial situation as soon as possible.