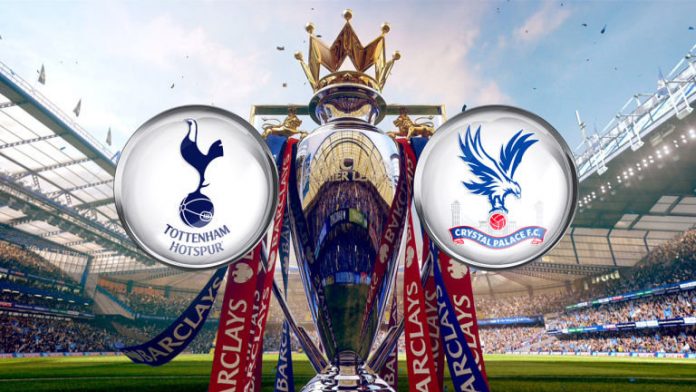 A London derby at White Hart Lane on Saturday sees Tottenham Hotspur and Crystal Palace go in search of their first win in the 2016-17 Premier League.

Spurs were held 1-1 at Everton on opening day with the Merseyside club on top for an hour before Érik Lamela headed home an equaliser as Mauricio Pochettino’s side finished on top.

Fears over a potential relegation campaign for Crystal Palace this season wouldn’t have been put at ease last Saturday when West Brom came away from Selhurst Park with a 1-0 win.

The Eagles have sold Yannick Bolasie this week and they have hardly made any significant signings themselves.  Andros Townsend is just another pacey winger which Palace have aplenty, but the England international doesn’t have a great production rate in the final third.  He is set to face the club that produced him this weekend.

Crystal Palace are sponsored by Mansion casino who own one of the biggest online casino, and between the cash injection from the sponsors and expected windfall from the new TV deal, Palace should have further funds to bring in more players this summer.

James Tomkins and Steve Mandanda have yet to make their debuts for the Southeast London club, whilst Mile Jedinak is heading off to Aston Villa this week.  Not that Alan Pardew was a big fan of the Australian international anyway.  The club are linked to Newcastle’s Moussa Sissoko, whom based on his Euro 2016 campaign rather than his previous Premier League campaigns, could be an excellent acquisition if they were able to pull it off.

Tottenham had positives to take from their game at Goodison Park last weekend but won’t be satisfied with anything less than three points from this fixture.  Spurs took six points from the two fixtures between these two last season with Heung-min Son opening his Premier League account in a 1-0 win at White Hart Lane in September.

Victor Wanyama is their big summer signing.  The former Saint came in to play alongside Eric Dier in front of the back four last weekend.  Vincent Janssen came off the bench to make his debut too following his move from AZ.

Tottenham were handed a big blow this week when it was confirmed on Tuesday that Hugo Lloris will miss up to four weeks with a hamstring injury picked up at Everton.  The good news for the North London club is that backup Michel Vorm is a solid goalkeeper.

Last year’s goalscorer in this fixture, Heung-min Son is currently away with South Korea at the Olympics whilst Mousa Dembélé is still suspended.

James Tomkins is not expected to have recovered from injury in time to make his Crystal Palace debut in this match.

Midfielders Bakary Sako and Johnny Williams are both injured for the visitors who are also expected to sell Mile Jedinak before the weekend.  Striker Fraizer Campbell has also been dealing with a hamstring injury so Connor Wickham should keep his place up front.

35 – Last weekend, Harry Kane had fewer touches than any other Tottenham outfield player who started versus Everton (35).