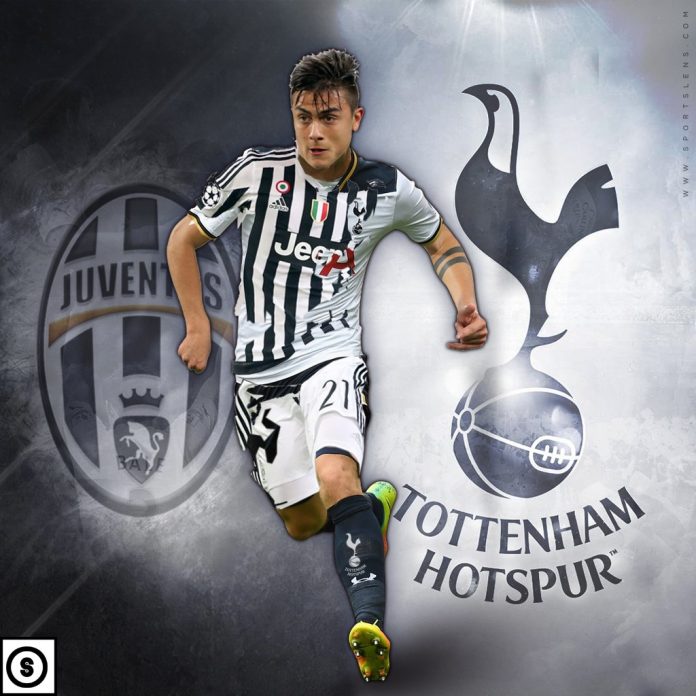 Tottenham have agreed on a fee with Juventus for Paulo Dybala.

The Argentine forward was linked with a move to Manchester United earlier this month but the transfer never materialised.

It seems that the Londoners have now moved to sign the striker.

According to Sky, Spurs have agreed to pay £64.4m for the prodigious forward.

It will be interesting to see if they can agree on personal terms with the player now. The report from Sky claims that image rights could be an issue during negotiations.

Italian transfer specialist Gianluca Di Marzio has backed up those claims too.

If Spurs manage to sign the 25-year-old this summer, it would be quite a coup for them.

Pochettino needs to add more goals to his side and Dybala will do just that. The Argentine can play as the second striker, a number ten or in the wide areas.

He can partner Kane in attack or play a different role for Pochettino next season.

Spurs struggled without Kane last season but if they land Dybala they will have another goalscorer in the side who can lead the attack.

Dybala is not a key starter for Juventus anymore and the move to Spurs would benefit him. Pochettino can develop him into a world-class attacker.